Disclaimer: Due to personal preference I have decided to watch the rest of the episodes in Japanese with English subtitles. As such I will be crediting the Japanese voice actors with the characters they played.

The episode screen caps were taken from my own copy of the DVD for the purpose of this recap/review.

If you wish to read the first episode’s recap/review you can do so here.

The Beginning of a Friendship: How Rosette Met Chrono

In a flashback scene Rosette and Joshua Christopher (Tomoko Kawakami, Junko Minakawa) are shown to be standing in front of a sealed room in a curious manner.

Upon entering they come across Chrono (Akira Ishida) who reveals himself to be a devil.

When Chrono collapses slightly due to weakness, Rosette cheerfully introduces herself and her younger brother Joshua, while offering him food. Chrono is surprised by this kind gesture because normally people should be afraid of devils, but it’s clear that Joshua nor Rosette are afraid of him.

Things take a dark turn when a raven appears and uses its power on Joshua causing him to go into a trance and leaving Rosette, who passionately pleads for him not to go.

One name is uttered by Chrono: Aion.

So Rosette How do You Really Feel About Chrono?

At a church mass, the sisters whisper to Rosette asking how she feels about Chrono. Initially, Rosette is confused by the question but soon figures out they meant romantically. She loudly laughs it off which causes a disruption and Sister Kate ( Yoshiko Sakakibara) isn’t pleased by her outburst.

Afterward, Rosette meets with Chrono and together they go see Elder. (Tomomichi Nishimura)

Elder introduces Chrono and Rosette to his latest creation the Spirit Bullet. As the name implies this specific bullet contains the mystical power of a devil.

Chrono understandably feels uneasy hearing this and insists it not be used. Rosette tries assuring him that Elder wouldn’t create something dangerous.

As Rosette is on her way to deliver the bullets to Sister Kate, she mischievously decides to fire a test round when the opportunity arises. Seconds later after making that decision Chrono hurriedly calls for Rosette stating they have a new mission.

On this mission Rosette and Chrono face off against a powerful devil and Chrono guides Rosette by telling her to aim for its weak point: The horn. She fires a shot but feels all it did was make it angrier.

She fires a few more rounds, and when it’s down for the count she decides to load and fire the Spirit Bullet to finish it off. Panicked, Chrono pleads with her not to use it and just as she is about to the devil charges at her knocking the gun out of her hands and disintegrates.

Someone Sinister Lurks in The Shadows

Chrono and Rosette are unknowingly being watched by a sinister figure, while frantically searching for her gun.

This individual is later shown to have Rosette’s gun, clearly cooking up a plan as he walks away.

Searching For The Spirit Bullet

Later that day Rosette maturely and calmly gives her report to Sister Kate, while Father Remington listens. He senses something’s off about Rosette’s demeanor and the details of her report but says nothing. Sister Kate praises Rosette, as this is the first time she had not been yelled at during a mission debriefing.

When Rosette exits Sister Kate’s office she admits to herself about lying and asks for God’s forgiveness.

At his office Elder is creating a sensor with the devil’s horn to track down the Spirit Bullet easily.

Father Remington (Sho Hayami) overhears what really happened and is understanding. He swears secrecy to Rosette promising not to tell Sister Kate the truth, and offers to help.

It doesn’t take long for the sensor to pick up a signal of the Spirit Bullet, and the sinister individual who we saw earlier, is an intruder. He holds Rosette’s gun up to his head and shoots himself, allowing the devil to be revived. As a result the devil is much stronger due the absorption of the bullet’s power.

A fierce battle ensues and Rosette is knocked unconscious.

This sends Chrono into a rage and starts to unleash his true power as a devil, we see Rosette’s necklace beginning to react and can deduce that necklace is the seal- effectively making Rosette Chrono’s contractor.

Just as the seal is about to break, Rosette awakens and helps Chrono return to his senses. Sister Kate questions about how Rosette can trust a devil.

Rosette continues to embrace Chrono, which was one of my favorite moments of the episode. It shows they share a strong bond, and to Rosette, it doesn’t matter if Chrono is a devil.

Joshua Christopher Has a Dangerous Secret

At a beach, we see Joshua Christopher who is now older, handsome and soft-spoken enjoying the sunset. A Viscount named Borgo demands to take down Aion and Joshua excuses his maid Fiore (Natsuko Kuwatani) to make him coffee.

During that time Joshua kills Borgo with his power creating a bloody scene. Fiore returns with the coffee and licks the cut Joshua sustained.

‘Contractor’ gives us insight into Rosette’s history with Chrono and how their friendship started. We get to see these characters develop at a pace that is easy to follow. Doing these recaps has helped me experience the series with fresh eyes. Now I have a renewed love for Chrono Crusade.

In terms of what I didn’t like or found strange; I noticed the subtitles for the opening and ending themes was not in English but instead in its Romaji form. This is not a big deal. I just found it to be out of place while the first episode had the songs subtitled in English. I’m not sure if this was intentional but I guess we’ll see if other episodes are like this.

I’ll show you what I mean down below:

Hey! I'm Nadia! I am a big fan of RPGs and you can almost always catch me playing one in my spare time. Writing is my passion, and my intention is that you all learn something through my work!
Previous Watch Wolfenstein’s BJ Blazkowicz carve up Quake Champions in this new trailer
Next Call of Duty Zombie Chronicles now available on consoles and PC 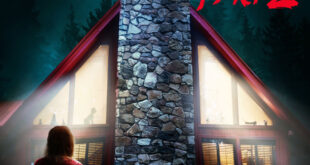 Trailer: The inquest into the paranormal continues in The House in Between: Part 2 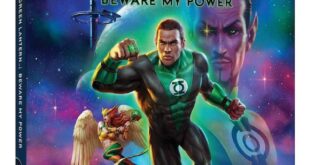 Trailer: John Stewart gets his own solo animated film with Green Lantern: Beware My Power 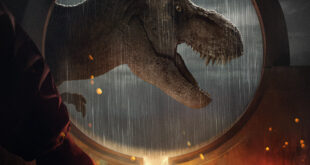 Trailer: Jurassic World Dominion all comes down to this 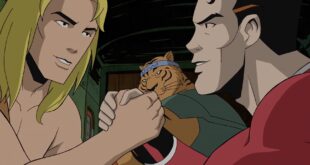 DC’s animated Kamandi short set to return for Constantine: The House of Mystery

If you missed Kamandi, as a part of last year’s Justice Society: WWII release, you’re …