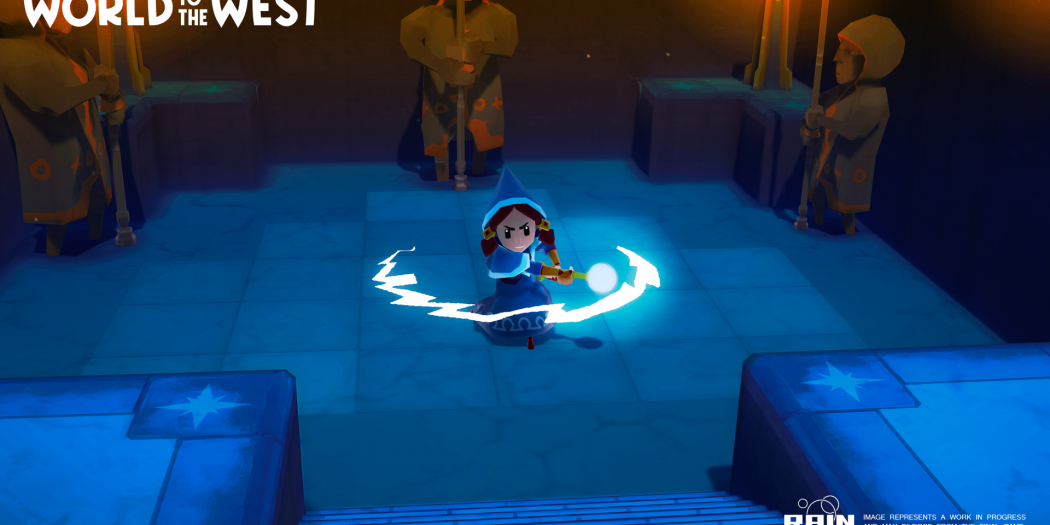 World to the West (PC) Review

Take a kid, an adventurer, a strong man, and a techno-wizard, and plop ’em all into World to the West’s fantasy setting. What do you get? Fun.

So what exactly is World to the West? I had no idea really, when I fired it up for the first time, but it’s an apparent sort-of sequel to Teslagrad. I’ve never played that game, but the themes are similar from what I know of it. Heck, there’s even a Teslamancer in WttW, so fans should be right at home.

She’s just one of the four playable characters in this quest to unravel an ancient prophesy. But no worries, the others are just as much fun. While the Teslamancer can wield electricity and teleport, the adventurer can use her scarf as a whip to cross chasms, the young boy can dig and tunnel underground, and the strong man can muscle his way through almost anything. 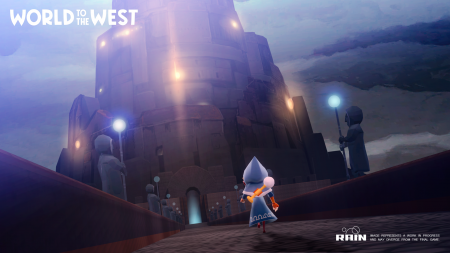 All together they make for a formidable team, though it’s some time before you assemble this electro-punk Avengers squad. Once you do though, switching through all of them is pretty fun. Each has strengths that can be used to pass specific obstacles, solving puzzles. There is one issue with all this though, and that’s the character swapping itself.

So this is probably the single biggest problem with World to the West.

You know when you have a challenge solving a puzzle in a game? You know how you have to sometimes backtrack a bit and see if maybe you missed something to get pact your stumbling block? Well that’s a feature in WttW.

No really, it is. Okay, well it kinda is. The reason why is that you need to further along the stories of all four of the characters, and sometimes those paths overlap with each other. Why’s that a problem? Because actually switching characters is a pain and a half.

On paper, it sounds super easy. See, you get these totems with all four playables’ faces on them. When you check in with one in the game’s world it acts as a waypoint. A place to fast-travel and switch characters. On paper. 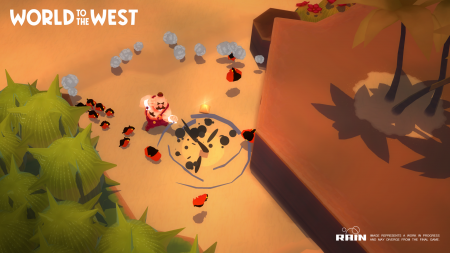 In reality, you have to check in with each character at each totem in order to do either of the above with them. So if I’m playing as the adventurer and she activates a totem, I can travel with her there and back again. But if I then pick up as Lord Clonington (the strongman), I can’t do the same till I physically find that same totem.

The whole thing results in a series of frustrations, as you can’t really change characters when you want to, or fast travel at will. That does make the game a bit harder and definitely increases the length of the campaign, so I get that part of the design choice. At the same time though, it’s annoying.

Thankfully, it’s pretty much the only annoying part of this game.

A Zelda-like three-quarters affair, World to the West is a treat for the eyes. Yes, it’s simple and not overly detailed, but that’s a good deal of the charm that this title offers, and it does it unbelievably well. This is a beautifully realized, fantasy world, filled with cool creatures, and nutty comedic characters.

Speaking of, all the player characters are just as nicely crafted. The animation is fantastic too, especially on special moves, with little touches that add tons of personality sprinkled throughout. It’s a joy to watch. 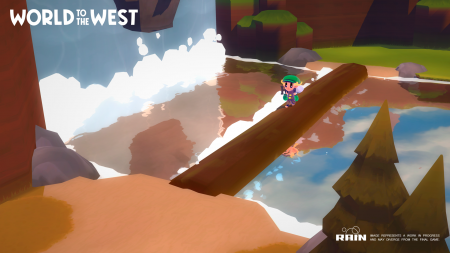 Sure some of the cave areas (there are a bunch) aren’t all that interesting, but the great outdoors more than makes up for that. And the enemies look neat and are just as well animated too, though some were a little on the uninteresting side – an oddity for this game. That’s a nit-pick though.

The sound effects are nothing to write home about in WttW. And really, there’s no voice work to speak of, with everything playing out in text. What is pretty great though, is the music. Playing against the action on-screen, the soundtrack compliments the feel very well indeed. At times it did kind of vanish during play, but overall it’s really well done.

Yet another area where WttW shines, the controls are excellent… once you get them to work. World to the West wasn’t made for a gamepad in mind apparently. Yes, I know, one look at the title in action and you probably can’t imagine playing with anything else. Yet the fact remains. 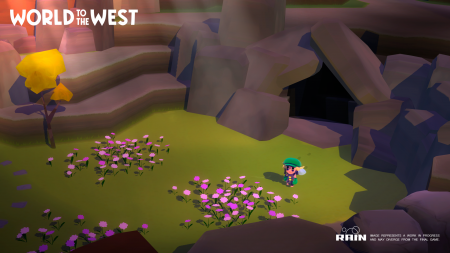 That’s not to say that it doesn’t work with one though. There’s a very nice mapping feature where you can tailor your gamepad of choice to your specifications. One note here, I used an Xbox One controller, and mapping buttons actually caused the game to crash twice, freezing up my system.

It didn’t do any harm, and I got it going eventually, but the issue is there so watch out for it. Oddly enough though, after those two times, I was able to remap buttons with no issue. So maybe it was a one (or two) off kind of oddity? Could have been.

An interesting quest, with great characters - 95%

World to the West turned out to be way more than I had though it'd be. It was a pleasant surprise that played into some serious Zelda-nostalgia, which presenting a gorgeously-envisioned new world. Minor issues with control mapping and backtracking aside, it's a gem of an indie.

Jason's been knee deep in videogames since he was but a lad. Cutting his teeth on the pixely glory that was the Atari 2600, he's been hack'n'slashing and shoot'em'uping ever since. Mainly an FPS and action guy, Jason enjoys the occasional well crafted title from every genre.
@jason_tas
Previous Watch for Flying Batteries, here’s a new look at Sonic Mania
Next Abandon Ship Combat Trailer Released