Hideo Kojima confirms that the upcoming game Death Stranding will definitely be a PS4 game, and and that they have plans in motion. 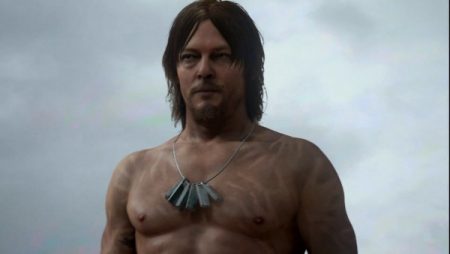 Hideo Kojima confirmed that the upcoming game Death Stranding will definitely be a PS4 game rather than a potential PS5 title, and that right now it won’t be playable in VR.

Speaking at RTX Sydney, Kojima says that the tema is currently working on logic and frameworks, and despite other offers, he will be working with Sony as a publishing partner.Otherwise, from the sound of things it doesn’t sound like we’ll be seeing a working build of the game any time soon.

Death Stranding doesn’t have any kind of release window at the moment, but judging from what we’ve heard about the game so far, we’re probably looking at 2018 at the very earliest, if not 2019.

A fan of media on multiple platforms, I am always watching or playing something! Who knows what I will be on to next?
@mackeyp42
Previous Hal Jordan & the Green Lantern Corps Vol 1: Sinestro’s Law (Graphic Novel) Review
Next Ether #4 (comic) Review