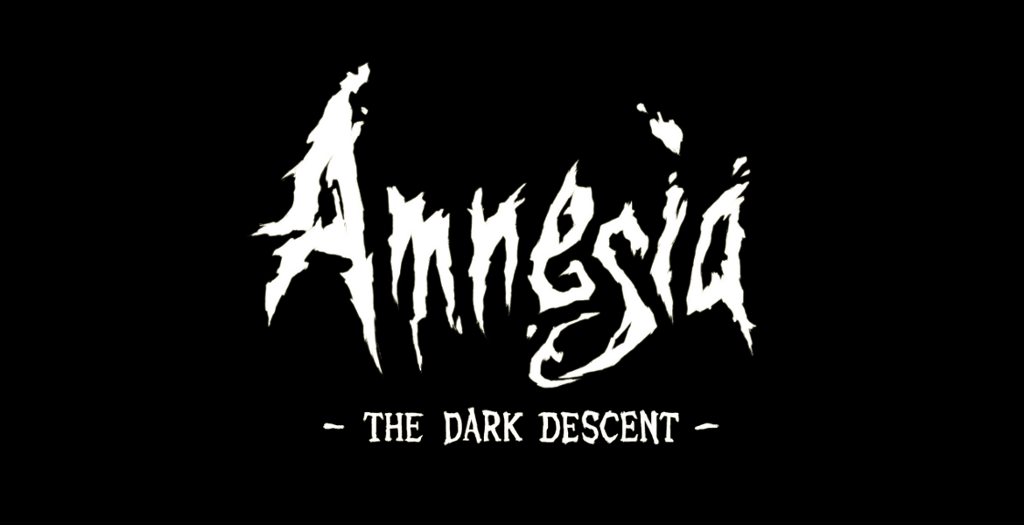 The horror of Amnesia returns in collected form.

It has been six years since Amnesia: The Dark Descent, the first entry in the psychological horror franchise, landed on PC.  Considered one of the scariest games ever made, the series is finally getting a much-requested console debut. It comes in the form of a collection that includes not only the aforementioned Dark Descent, but the complete ‘series’. That means you also get Amnesia’s indirect sequel, A Machine for Pigs, and Justine. You might not know that last one. It’s a lesser-known expansion for the first title that not many people got to experience.

Upon waking up in a dark castle without a single scrap of a memory, Daniel must piece together his story. And it gets darker and darker the more of it you uncover. Along with its intriguing premise, Dark Descent sports a unique sanity system upon which rests the whole game. 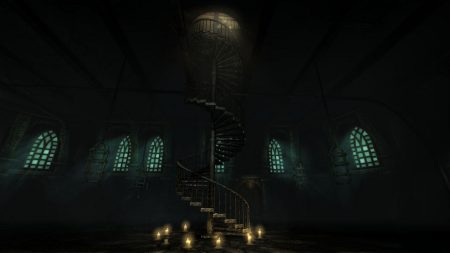 If it were unsuccessful in creating thrills, the whole experience would be compromised. Luckily, it actually creates more scares the more you look at monsters and stay in the dark. That more often than not leads to an effective downward spiral of horror that’s hard to escape. As your mental state decays, you start seeing visions and auditory cues too. They’ll ramp up to create tension and really mess with your senses.  Think Eternal Darkness, but with less of the fourth-wall breaking stuff and more of the pure terror.

Unlike what we’ve come to expect from the word “collection”, this package is not a remaster. Aside from some cool visual tricks, the graphics in Dark Descent look mostly dated by today’s standards. It’s fair to say that they definitely fall short of the quality of recent PS4 releases. With flat textures and archaic menus, this is not what you would call a pretty game.  However, the effectiveness of the scares lie not with visual fidelity, but rather on the immersive environments and accurate sound effects (whistles, hisses, screams, you name it) that manage to generate an almost constant sense of dread and unease.

Ultimately, being a six-year-old game being brought back into the present does play against the first entry in the series.  Still, although it has been bested in several areas by games that were undoubtedly inspired by it, it’s definitely still worth a look for fans of the genre. It sports some genuine horror situations that are simply terrifying. 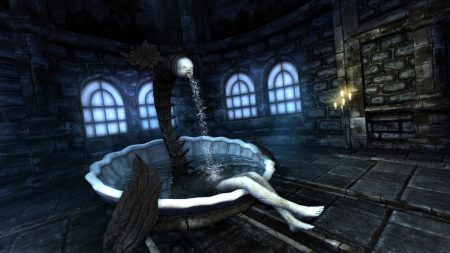 An obscure expansion to Dark Descent released as part of a promotion for Portal 2, Justine is undoubtedly (and understandably so) a much smaller game than the original. There are no save points (! -ed) and the entire experience can be completed in under 10 minutes by a skilled player.  However, the short length is actually Justine’s biggest plus, since the constant fear of death and having to restart the whole thing just keeps you on the edge of your seat for the duration of the expansion.

There are no supernatural elements here like in the original, with the weird stuff being replaced by trials not unlike those seen in the Saw movies. Once again, you wake up without the slightest idea of who you are and must piece together your identity. The trials are based on an easy solution that involves the death of those you find trapped within them, or a hard path, where you solve a series of tests while avoiding creatures that are out to kill you.

Like in the original, you learn more about yourself as you progress through the game. And despite its briefness, Justine manages to hold up an engaging narrative, albeit lacking some of the sanity-breaking moments of Dark Descent.

The latest scare – A Machine for Pigs 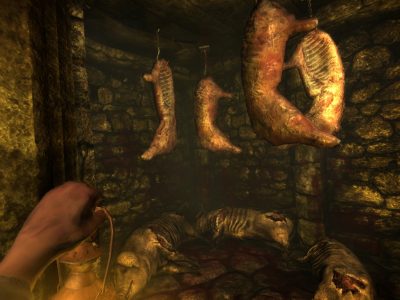 A Machine for Pigs, a standalone sequel released three years after the original’s debut, may come as a surprise given the few similarities with the first game. There are no inventory-based puzzles, sanity system or oil lamp, but rather a much more enveloping and metaphorical story. While it’s definitely the least scary of the three, A Machine for Pigs sports a wonderfully dark narrative that keeps you guessing at every turn. Well, at every turn where a pig-man isn’t about to slash you to bits, anyway.

Decent looks, but no remasters here - 65%

Still worth a play

Despite some age-related shortcomings, the Amnesia Collection is a worthy compilation of one of the scariest franchises ever conceived. Although there are definitely scarier games being released today, the influence that Dark Descent had on the genre is undeniable, and for that alone you should consider giving this one a go if you haven’t already, especially now that it can be fully experienced on a console. Just make sure to always stay in the light….