Batman, Ghostbusters, NBX and more from DST this week

Diamond Select Toys has a nice load of stuff hitting stores this week, including NBX, Lost in Space, and some killer X-Men Minimates.

To me, my Minimates

Well you probably already know that we’re big fans of DST’s Minimates figures here at BG. And that’s not too likely to change with the assortment they’ve delivered for this week. Then again, I don’t know any X-Men fan who doesn’t love Giant Sized X-Men #1. That’s what this new wave is based on, you know.

Not that that’s all that’s on the shelves this week, as there’s a smattering of other licenses with fresh merch as well. Take Nightmare Before Christmas (NBX) for instance.

Series two of the excellent Nightmare Before Christmas Select action figures have arrived. So now you can add Doc Finkelstein, Santa Jack, and the Mayor to your collection. There’s a new wave of Minimates based on the Ghostbusters reboot as well, and bottle opener that are fashioned after both Harley Quinn and the Predator’s smart disc. That’s just plain cool.

And that Lost in Space B9 robot? That’s classic. Pretty tempting for any sci-fi fan, whether you dig the old TV show or not. There’s even more though, so scroll on down for the full list, and then get to your local shop, or hit the online storefronts. 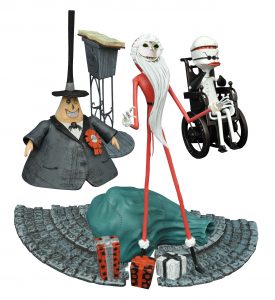 All of the above (and below) should be available now. 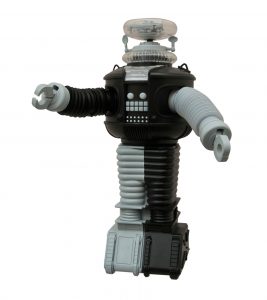 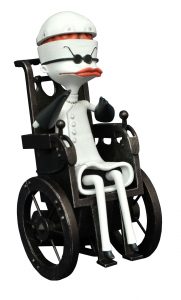 Jason's been knee deep in videogames since he was but a lad. Cutting his teeth on the pixely glory that was the Atari 2600, he's been hack'n'slashing and shoot'em'uping ever since. Mainly an FPS and action guy, Jason enjoys the occasional well crafted title from every genre.
@jason_tas
Previous Hello Games Under False Advertising Investigation
Next ABZÛ (PS4) Review