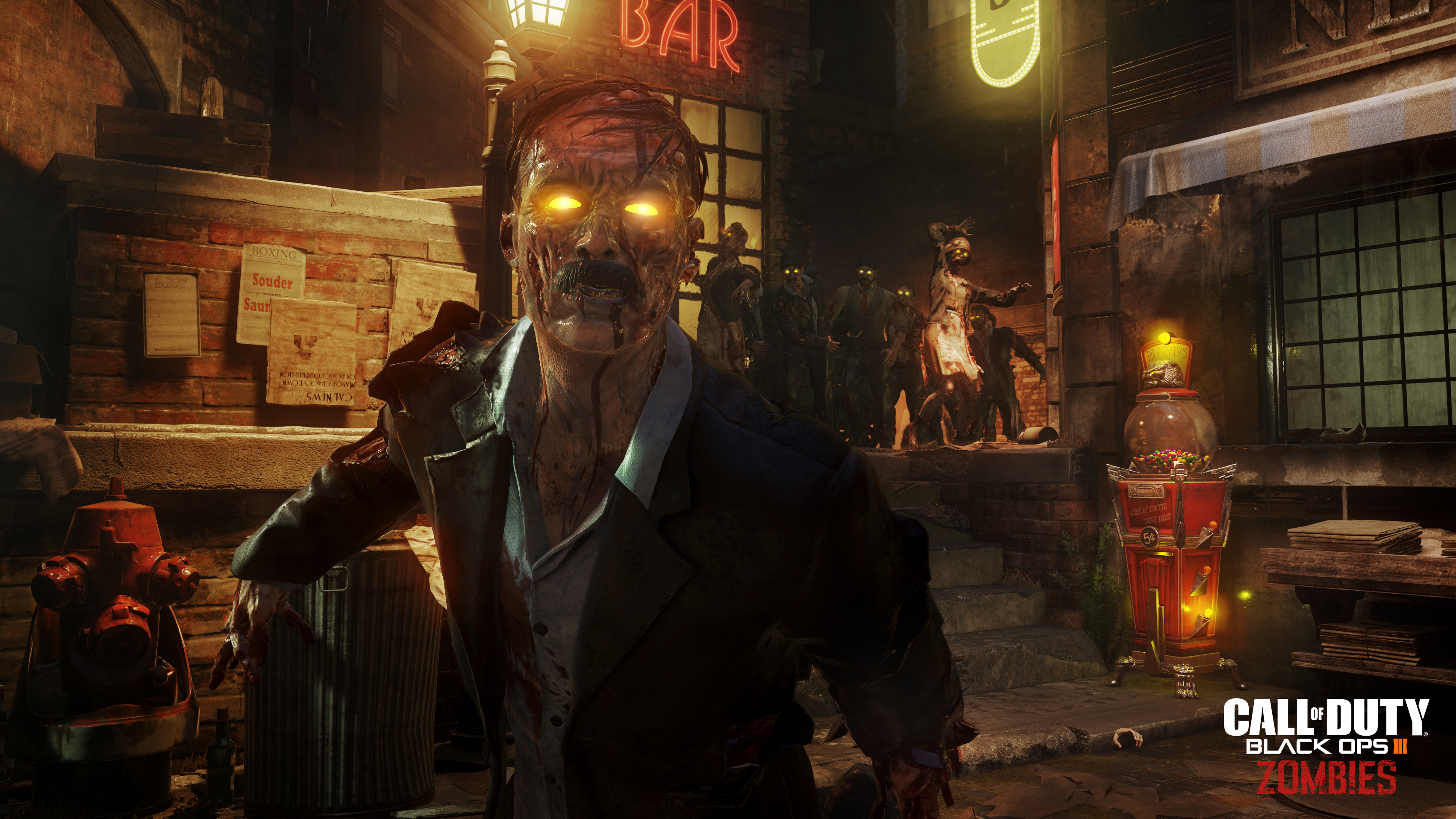 The latest expansion pack for Call of Duty: Black Ops III includes plenty of multiplayer action. And a dragon-sized zombies map of course.

Gorod Krovi is the name of the map in question. And you’ll not only be facing the mechanized undead in it, but dragons too. Yes, honest-to-goodness, fire-breathing dragons.

Set in Stalingrad, the map definitely tries something different, even for CoD Zombies. In fact, the third installment of Black Ops III’s zombie saga pulls out all the stops. And I mean all the stops…

Over the top? Maybe, but this is CoD Zombies. I don’t know if the term applies honestly. And those dragons aren’t just glorified set pieces either. They’ll actually affect gameplay, with you having to dodge their hellacious assaults.

Of course, zombies aren’t the only reason to buy into the Descent pack. There’s plenty of multiplayer mayhem to be had as well.

“One of things I love most about Treyarch is that team just keeps going for it,” said Mark Lamia, Studio Head, Treyarch.  “Descent doesn’t take its foot off the gas, serving up a flat-out scorching Zombies experience, as well as multiplayer map designs and gameplay opportunities that we think our fans are going to love.”

Here’s what’s in the pack, other than the voracious dead:

Available first on the PS4, Descent is scheduled to hit on July 12th. It’s a part of the Season Pass of course, but can also be purchased separately. And if you’re waiting for the Xbox One and PC editions of the pack? Those don’t have a release date as of yet, but should be along some time soon.

One nice little bonus too, is that pre-orderers will get a little something extra for their trouble. Locking in a purchase for the pack now on the PS4 will net you a Gorod Krovi dynamic theme. Pretty neat. More so if you’re a zombies fanatic of course.

Jason's been knee deep in videogames since he was but a lad. Cutting his teeth on the pixely glory that was the Atari 2600, he's been hack'n'slashing and shoot'em'uping ever since. Mainly an FPS and action guy, Jason enjoys the occasional well crafted title from every genre.
@jason_tas
Previous Not Your Father’s Flintstones
Next We’re Streaming Resident Evil REmake