A new trailer has been revealed for Pokémon Sun and Moon, and it shows a lot.

The important bits of information from the trailer are the names of the legendaries, pictures and footage of the new Alola region, and information on the professor of the region.

A map for the region was also shown in the trailer. The region, which is all but officially confirmed (as far as I’ve seen) to be based on Hawaii, is made up of four smaller islands. This means that the game needs to have a robust travel system such as ferries, or you get surf early. Personally, I hope this could be an indication that HMs as we know them are a thing of the past, and may no longer take up move slots. One can only dream. 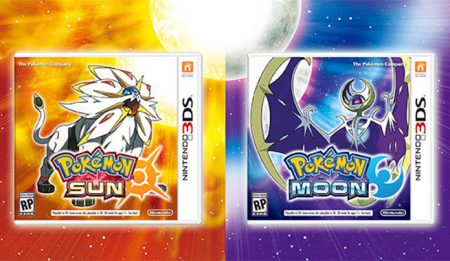 Finally, the trailer reveals a few of the staple characters players can expect to meet. Professor Kukui is a young and shirtless bro, apparently. He has a mysterious assistant named Lillie, and your rival for the game looks to be a kid named Hau.

The biggest character difference and potential change for the series is the inclusion of Rotom, the ghost pokemon, inside your pokedex. Apparently, this will let us communicate with our Pokemon. I kinda hope this isn’t the case though.

The trailer is promising. The legendaries don’t appear to be deity level creatures capable of ending all life on Earth, which they have been since Diamond and Pearl.  We have no information on the enemy “team” yet, but again, hopefully they are more on Team Rocket’s level than Team Flare’s.

If generation six (X, Y) re-invented Pokémon, I really hope that generation seven will continue to grow it i the way that Gold and Silver grew on Red and Blue.

Pokémon Sun and Moon are set for a worldwide release on November 18, 2016.

Erich was introduced to gaming by his grandfather before he could walk. Since then, he has grown up loving Nintendo and most games in general. He couples his love of videogames with journalism to cover news, provide reviews and tell it how it is in the gaming world.
Previous ‘TurnOn’ the indie title from Brainy Studios is available
Next Odin Sphere Leifthrasir (PS4) Review