Octopus Tree is a new publisher working to bring indie titles to the masses, while Dangerous Man Brewing Co., is an award-winning brewery out of Minneapolis, Minnesota. 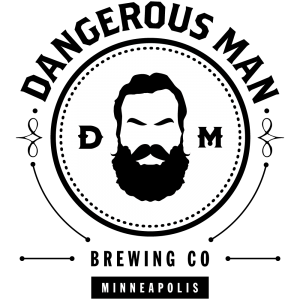 The Goliath Experimental Double IPA was crafted to mimic key features of the Goliath video game, which encourages players to experiment with their gameplay style in order to build new and more powerful giant robots. Goliath Experimental Double IPA was brewed with new several hop varietals to create a big, bold flavor, including Citra, Simcoe, Amarillo and Mosaic hops, as well as Dangerous Man’s first-ever usage of the new TNT hop.

Launch Party and Beer Release
The Dangerous Man Brewing Co. taproom will host a launch party for Octopus Tree on Sunday, June 5 from noon – 8 pm.During the party, which is open to the public, visitors will be able to purchase bottles of Goliath Experimental Double IPA from the Dangerous Man Growler Shop or experience on tap inside the taproom. Visitors will also be able to play Octopus Tree’s first three games, the recently released Goliath and Robot Arena III, as well as the upcoming Buildanauts. The Dangerous Man Brewing Co. taproom is located at:  1300 NE 2nd St, Minneapolis, MN 55413
Goliath is available on Steam for $19.99.

A fan of media on multiple platforms, I am always watching or playing something! Who knows what I will be on to next?
@mackeyp42
Previous No Man’s Sky delayed, death threats hit press and developer
Next Xbox One VR announcement coming at E3?