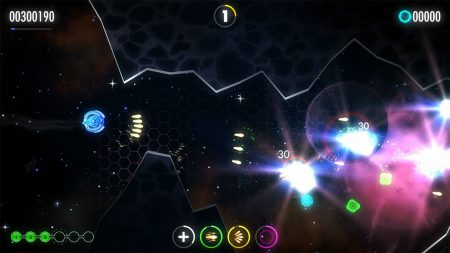 Fans of Fire Emblem who’ve finished both Conquest and Birthright rejoice: Fire Emblem Fates: Revelation is here at last.  The game features a balance of the two previous games, including compelling level design and the ability to grind your characters, and even gives you a larger army to boot.  The third path will be available in-game for $19.99.

Star Ghost is a procedurally generated title from Rhys Lewis, a former Rare and Retro Studios developer.  The game features a soundtrack by Nintendo-fan-favorite David Wise, who worked on the OST for the recent Donkey Kong Country: Tropical Freeze (which was, in this editor’s opinion, the highlight of that year’s soundtracks).  The $8.99 title may just be worth it for that atmospheric soundtrack alone.

The Wii U Virtual Console sees the release of the two Mega Man Battle Network 6 titles, Cybeast Falzar and Cybeast Gregar, and the 3DS eShop gets first person shooter Blast ‘Em Bunnies and the demo to Bravely Second: End Layer, which features a bonus adventure not found in the main game.

Price reduction:
Also new this week:
In addition to video games available at retail stores, Nintendo also offers a variety of content that people can download directly to their systems. Nintendo adds new games weekly to Nintendo eShop on the Wii U console and the Nintendo 3DS family of systems, the Nintendo DSi™ Shop for the Nintendo DSi system and the Wii™ Shop Channel for the Wii console.

Nintendo eShop is a cash-based service that features a wide variety of content, including new and classic games, applications and demos. Users can add money to their account balances by using a credit card or purchasing a Nintendo eShop Card and entering the code from the card. All funds from one card must be loaded in the Nintendo eShop on either Wii U or the Nintendo 3DS family of systems, but can be used in either Nintendo eShop if the systems are linked to a single Nintendo Network account.

Brutal Gamer's Nintendo Editor began his gaming life a little late- at five years old. But he's made up for it in the two decades since, gaming and writing about gaming with the same passion, fervor, and unrelenting love as his five-year old self.
Previous Legend of Eisenwald (PC) Review
Next BG Unboxed! We crack into the February 2016 edition of Loot Pets