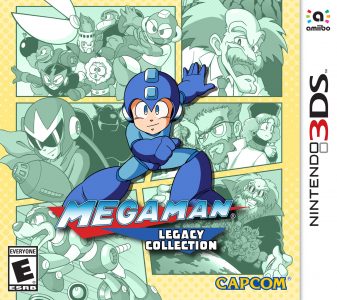 The Wii U’s Virtual Console is bolstered by the release of Ninja Gaiden II and III, as well as Double Dragon III and Medabots AX, but it’s true herald is the launch of Pokemon Red, Blue, and Yellow on the 3DS.  Celebrate the twentieth anniversary of the series while you patiently await Friday’s Pokemon Direct, and the future of the franchise.

Major releases include the aforementioned Fire Emblems and Pokemon, as well as Project X Zone 2, the Japanese game developer mash-up that includes some Nintendo stars this time around- like Chrom and Lucina from Fire Emblem Awakening, and Mega Man Legacy Collection, which features all six original NES games.

Brutal Gamer's Nintendo Editor began his gaming life a little late- at five years old. But he's made up for it in the two decades since, gaming and writing about gaming with the same passion, fervor, and unrelenting love as his five-year old self.
Previous Dying Light: The Following (Xbox One) Review
Next Toy Fair 2016: LEGO chills out with new Attack on Hoth set