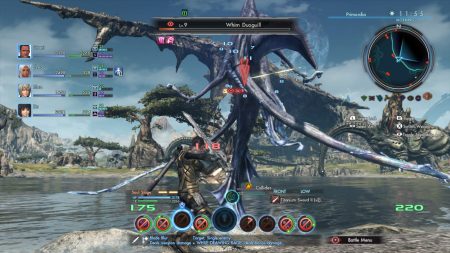 Xenoblade Chronicles X is finally coming out this week, meaning it’s time to explore the planet Mira and spend the appropriate number of hours grinding and saving the human race.  I can’t wait to see how it all came together, and exactly how fun the co-operative play.

The Wii U also sees the Wii’s Trauma Team game on virtual console, a successor to the fantastic DS series of doctoral games.  Players can even work as a team in this version, bringing patients back from the brink of death.  The game sells for $20.

The 3DS sees the release of recently announced F2P Pokemon Picross, and the remade Dementium Remastered, the latter of which has been made from the ground up to improve the entire experience.

Brutal Gamer's Nintendo Editor began his gaming life a little late- at five years old. But he's made up for it in the two decades since, gaming and writing about gaming with the same passion, fervor, and unrelenting love as his five-year old self.
Previous Nintendo looking to make a monster splash with the ‘NX’
Next Batman v Superman’s second trailer hits the net