Here’s that Jaxxon variant for Star Wars: Vader Down #1

You’ve heard the rumors, and now you can see the shocking truth – yes, a humanoid bunny can go head-to-head with a Dark Lord of the Sith… sort of. 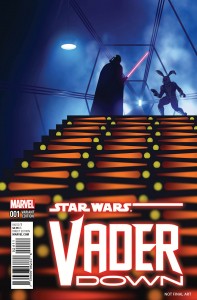 This November, two of the biggest comics in the world collide as STAR WARS and DARTH VADER collide in the epic VADER DOWN crossover! But first, Marvel is pleased to present your first look at the VADER DOWN #1 JAXXON VARIANT from writer/artist Chip Zdarsky (Howard the Duck)! Available only in comic shops on November 18th, don’t miss your chance to own this one-of-a-kind variant cover. When Darth Vader accidentally finds himself facing off against the Rebel Fleet on his own, the Rebels will learn the true strength of the Dark Side of the Force! Once Vader crashes on a nearby planet, the Rebellion is willing to risk everything for this once-in-a-lifetime chance to take out one of their biggest enemies! Be there as this can’t miss crossover event begins in the oversized VADER DOWN #1this November and continues in the pages of STAR WARS and DARTH VADER!

Alright, so as you can see, there’s no mention of Jaxxon in there anywhere when it comes to the actual story of Vader Down (which sounds pretty awesome by the way), but he’s on the cover and that’s gotta count for something right?

And for those of you scratching their heads right now, Jaxxon is a big bunny that featured into Marvel’s Star Wars comics waaaaaaay back in the 80s when they had the license last, before Dark Horse took over (till last year). He’s kind of a smuggler and mercenary at times who wasn’t all that popular, and who’s also not been seen or heard from since those early four-color adventures.

Well, till now anyway. And while this variant cover by Chip Zdarsky is all in good fun, it’s kind of awesome in it’s own right to see the green guy again in some way. I guess too, that now that the license is back with Marvel again, it’s not completely unrealistic to think that we might see him again at some point… think of that what you will.

Star Wars: Vader Down #1 hits the stands from Jason Aaron and Mike Deodato this November the 18th.

Jason's been knee deep in videogames since he was but a lad. Cutting his teeth on the pixely glory that was the Atari 2600, he's been hack'n'slashing and shoot'em'uping ever since. Mainly an FPS and action guy, Jason enjoys the occasional well crafted title from every genre.
@jason_tas
Previous Super Mario Maker Hits Over 500,000 in the US
Next Hideo Kojima has left Konami. Or he hasn’t. Or something. 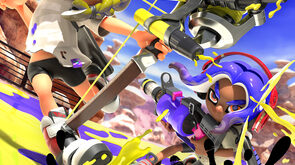