It’s a short sale with a lot of great stuff included for those looking to pick up some digital Dynamite Comics for cheap. 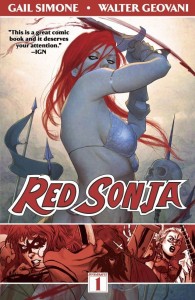 Over 40 books in total are a part of this sale, which is active right now on comiXology and will run through tomorrow. And the deals are good too, with up to 50% being knocked off the cover prices on these titles.

“This is an awesome list of Graphic Novels comiXology has put together, and the price is perfect for long-time fans to stock up as well as new fans looking to dip their toes into the Dynamite pool.”

So the sale prices will last through 11pm eastern time tomorrow night (July 31st), and includes the following (among others obviously):

Jason's been knee deep in videogames since he was but a lad. Cutting his teeth on the pixely glory that was the Atari 2600, he's been hack'n'slashing and shoot'em'uping ever since. Mainly an FPS and action guy, Jason enjoys the occasional well crafted title from every genre.
@jason_tas
Previous Mionix’ Castor gaming mouse touts righty ergonomics
Next Wasteland 2 heads to consoles with Director’s Cut edition