Home / E3 / And the most pre-ordered game shown at E3, according to Amazon, is…

And the most pre-ordered game shown at E3, according to Amazon, is…

I can pretty much guarantee that it isn’t anything that you’re thinking of, but Amazon has just announced the most pre-ordered title that was shown off at this past E3. 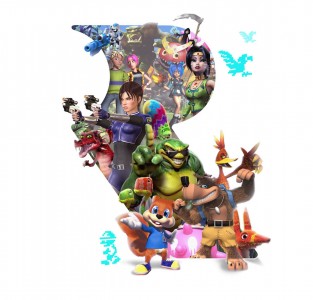 Final Fantasy 7? Nope. Fallout 4? Nah. You thinking Doom? You’re wrong there too. The most pre-ordered game that debuted at last week’s E3 event is… Rare Replay.

Yep, in a show that was packed to the gills with awesome game announcements and remakes, it’s a collection of some of the most beloved games of all time that took gamers hearts and ran away with them. Exclusively for the Xbox One, Rare Replay features titles like Battletoads, Conker’s Bad Fur Day, and tons more in what’s a pretty phenomenal grouping of games. And according to Amazon.com, it’s the most pre-ordered game on the storefront right now.

There are other titles from E3 present though, with Gears of War Ultimate Edition taking second place, Doom and Dishonored 2 at 3 and 4 respectively, and Final Fantasy VII rounding out the top five. All of those top titles were announced at the big show of course, so E3 had an immediate impact on the gaming populace at large.

Interesting though, to say the least, that in a show loaded with blockbusters and celebrated remakes, it’s a collection of older games that got people the most excited.

Jason's been knee deep in videogames since he was but a lad. Cutting his teeth on the pixely glory that was the Atari 2600, he's been hack'n'slashing and shoot'em'uping ever since. Mainly an FPS and action guy, Jason enjoys the occasional well crafted title from every genre.
@jason_tas
Previous Battlebots Reboot Ep. 1 (TV) Review
Next Independence Day sequel officially called Resurgence, coming 6/24/16