“Flying higher, pleasing our fans and making the game as enjoyable and real as possible!” Yep, it’s time once again for another free update for Namco Bandai’s Ace Combat Infinity. 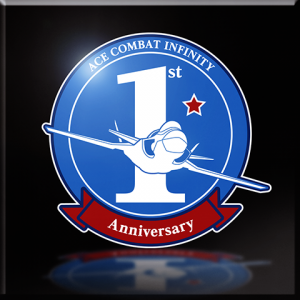 If you haven’t played Ace Combat Infinity, it’s Namco Bandai’s latest game in the long running flight sim ‘lite’ series of air combat games. The title came out about a year ago and is a PS3 exclusive. It’s also free to play, which is certainly a nice little bonus if you’d like to give it a shot.

The publisher just keeps on supporting it too, as you can see with this one, which is the 9th such release. It’s actually pretty packed too and has a bunch of new planes, and goodies, as well as a new co-op mission. As you might imagine too, there are some new events planned around the game too, so you shouldn’t get too bored should you dive in.

Here’s what’s in the update:

Jason's been knee deep in videogames since he was but a lad. Cutting his teeth on the pixely glory that was the Atari 2600, he's been hack'n'slashing and shoot'em'uping ever since. Mainly an FPS and action guy, Jason enjoys the occasional well crafted title from every genre.
@jason_tas
Previous Ghost Riders come to Secret Wars with new Ghosty-loaded mini-series
Next Bloodshot Reborn #2 (Comics) Review