Home / News / Is a new version of the PlayStation Vita on the way?

Is a new version of the PlayStation Vita on the way? 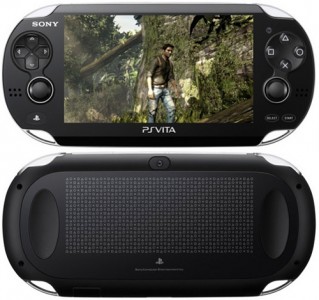 Now, keep in mind that this is a flat-out rumor for the moment, so don’t get too excited just yet, but it looks like a significant upgrade to the PS Vita might –might– be on the way. According to an eagle-eyed NeoGAFer, Sony filed a trademark request on April 1st for a “controller for portable LCD screen game machine”.

So what makes this so intriguing? Flatly put, and among a few other upgrades, it looks like there may be a planned inclusion for L2 and R2 buttons on a new PS Vita. I’m sure I don’t have to tell you how awesome that little change would be for Vita games, and also for those who like to stream their library from the PS4.

Again, don’t get too excited just yet. Adding in a pair of extra buttons would be fantastic additions, but there’s no firm proof that they’re working on that other than a few diagrams that may or may not show the new controls. At the very least though, it’s a tempting prospect, and one that, if true, I’m sure we’ll be hearing a lot more about come E3 in June.

Jason's been knee deep in videogames since he was but a lad. Cutting his teeth on the pixely glory that was the Atari 2600, he's been hack'n'slashing and shoot'em'uping ever since. Mainly an FPS and action guy, Jason enjoys the occasional well crafted title from every genre.
@jason_tas
Previous Batman: Arkham Knight – Batman (Action Figure) Review
Next Take a peek backstage with Guitar Hero Live’s new trailer