Grand Theft Auto TV show in the works from BBC

The 90 minute ‘drama’ will explore the making of the controversial game series and show how it finally made it to the game-playing public. 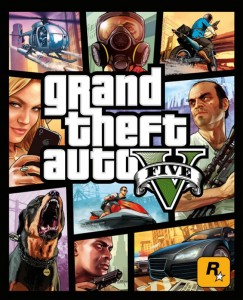 When you say ‘drama’ I think you immediately have to think that this will be a scripted show. You know, something with actors and sets and the whole nine yards. It’s not though. At least, I don’t think it is from the description that website Develop has published.

Basically, the show revolves around the creation of the series (though which game in particular is still something of a mystery) and the fierce opposition that it’s received from politicians and moral crusaders. Personally, I would heave preferred a show set in the world of GTA and one of its crime-ridden cities, but this is kind of neat too.

The show is actually a part of the BBC’s Make it Digital campaign too, which is interesting since that particular campaign is mainly one with a nod towards kids aged 11 years, to get them thinking about the digital future and working in it. GTA certainly doesn’t fit that group, so I’m kind of thinking that the show must gloss over much of what the games are about. Maybe just presenting the battle between the publisher and opposition groups?

Either way, it should be an interesting time. No date yet on when this one might make it to air, but we’ll let you know.

Jason's been knee deep in videogames since he was but a lad. Cutting his teeth on the pixely glory that was the Atari 2600, he's been hack'n'slashing and shoot'em'uping ever since. Mainly an FPS and action guy, Jason enjoys the occasional well crafted title from every genre.
@jason_tas
Previous Buffy The Vampire Slayer Season 10 #13 (Comics) Review
Next Tembo: The Badass Elephant announced