Jack’s of all trades are usually masters of none. Hand of Fate though is a master of every single one of them and a can’t miss game. 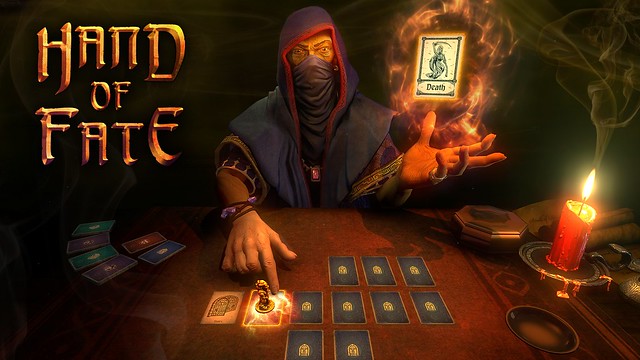 Hand of Fate is a rogue like, table-top deck building RPG that managed to profoundly satisfy me as both an RPG gamer and a lover of trading card games. The game borrows familiar elements such as the narrative and card based gameplay of many trading card games (Magic: The Gathering, Pokemon, and so on) while it maintains the steady pace of an interactive and immersive plot. Sprinkle that with an Assassin’s Creed-like combat system and voila, you’ve got this amazing indie gem.

The visuals of this game seemed a little bland at first, but after the Dealer started getting into it, everything changed. Suddenly, everything is mystical, keeping the dreary atmosphere at bay. I especially liked how the cards reminded me of a tarot deck, with charm coming from the stories and lore behind these cleverly illustrated pictures. The designs for the items, locales, and monsters seemed to come from a more traditional RPG that could be set somewhere in Europe.

Worth noting is how fluid the battles seem to look at times. It’s definitely not as refined as the Arkham series, but it’s good enough to stand on its own, without everything else that the title does. Though I do have to add that it does stutter every now and then, but those stutters are a very minor hiccup and don’t ruin the game in any way. All in all, the graphics are no Dragon Age Inquisition or Skyrim (Maybe a little comparable to Dragon Age II. Maybe.) but they work well and that’s all that matters. 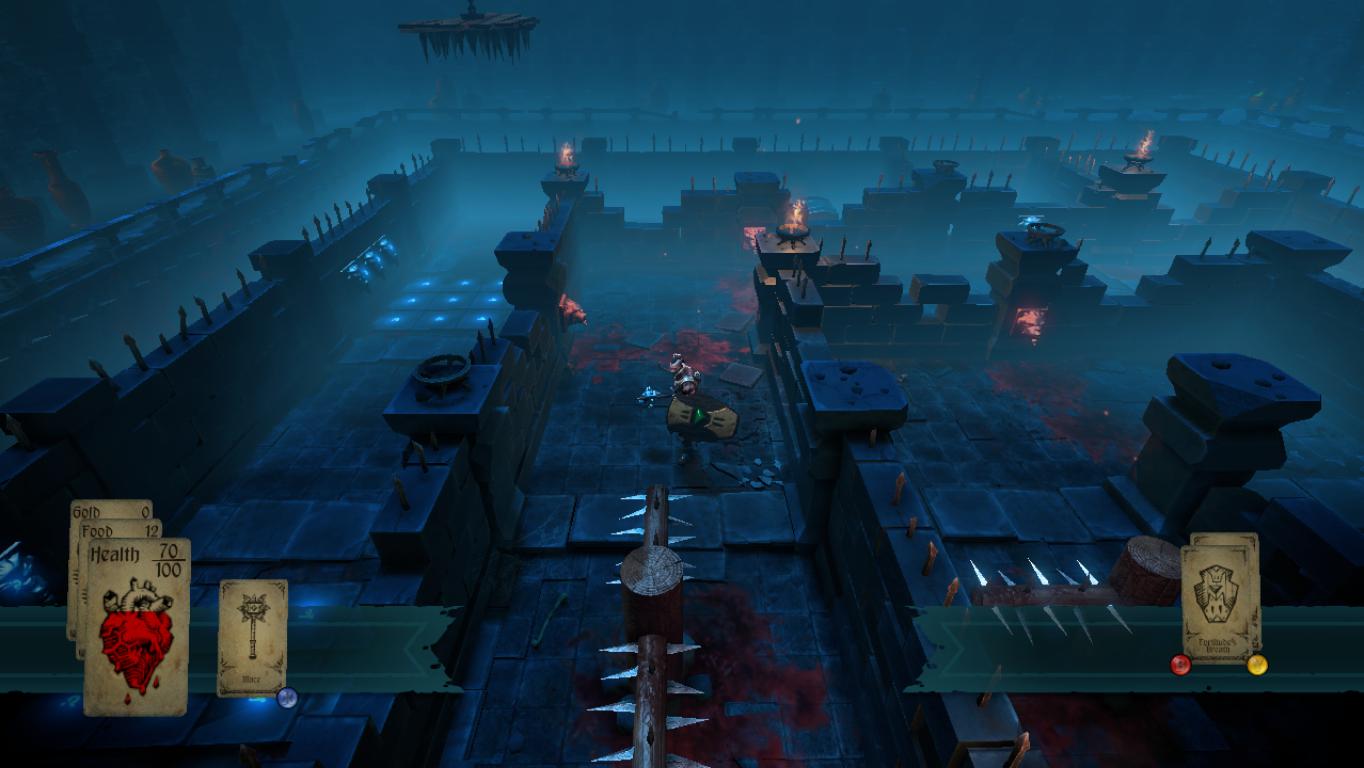 The music in the game is impressive however. It feels like something that would come out of one of those games that I just named. Though the scope isn’t quite that large, the feeling of
grandeur and adventure persists. What I liked about the music or, more generally, the sounds in Hand of Fate, is that it knows when to make you feel nervous, curious and at times, daring.

It does a great job in setting the tone. I would also like to commend the battle music in the game for it makes killing Rogues and the Undead so much more interesting and at times, even terrifying. All in all, one of the highest points in the game is the music, and I loved every single second of my play time because of it.

Another good aspect worth noting is the voice actor for “The Dealer”. He’ witty, mysterious, and the way he taunts you as you progress through his increasingly dangerous game was one of the best things about Hand of Fate for me. He did a commendable job and he made the game that much more interesting.

The game is extremely well-written too, from the aforementioned banter with “The Dealer” to the interestingly flavored text in the cards, no information was spared from my lore-hungry eyes. The story detailed in each card is rich in content, and putting everything together and finally understanding what “Hand of Fate” is, is a fulfilling achievement, at least for me.

The gameplay is simple and that makes it so much more addicting. “The Dealer” presents you with a series of decks, and each one gives you a clue as to what and who you will be facing. From Skeletons to Desert Raiders, each one comes from a theme and each one grows increasingly difficult as you parry and slash your way to victory. 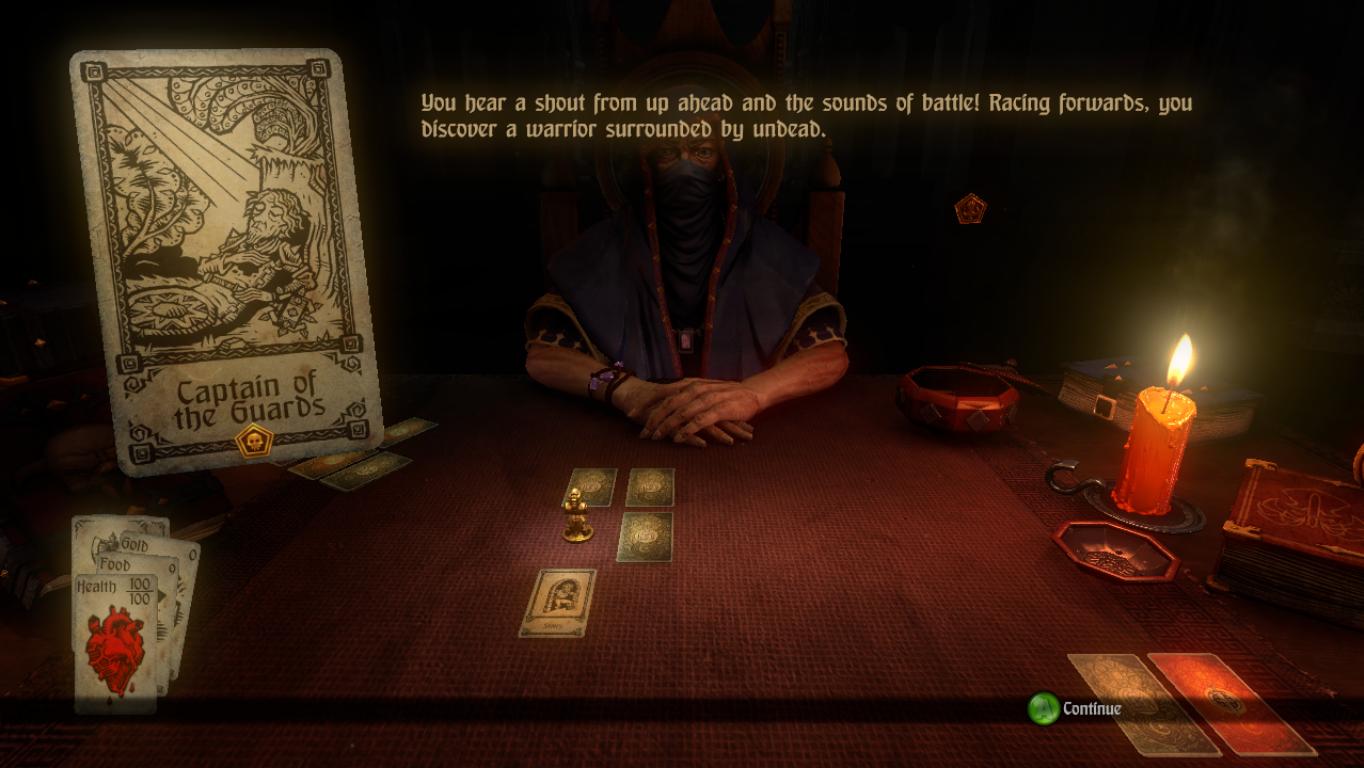 Each step taken in the game is vital, as each card has a story to tell, from a lovely maiden offering you her aid, to a drunk goblin asking you for a “fair trade”, to certain death by an angry monster mob- and each step consumes not only your resources, but your health and mental will as well. The game is simple enough to understand but the complexity at the beginning of the end is what makes Hand of Fate such a replayable game.

Speaking of replayability, you can actually unlock an “Endless Mode” after clearing the game wherein you can indefinitely play against “The Dealer” in a twisted eternal survival match, and the game is good enough to actually consider trying this mode. I guarantee it.

The deck is built from loots and prizes that the player earns as he or she defeats each Deck, and from there the player gets his or her equipment cards (that work as useable items if you draw them) and story cards. Each deck cannot be played in any single way, and it is up to your deck to determine your survival or ensure your demise.

The combat-controls are simple too in that they are basically how you control Batman or Arno in The Arkham Series or Assassin’s Creed Unity during battle. There’s a dedicated button stunning, defending, and for the special abilities that are earned through either blessings that you pick up in the game or in the items you have equipped. Outside of battle, you’ll use only your eyes for reading and your mouse for going through the menus.

Deck building, and moving through the game are required however, and I recommend playing this game with a controller as a controller makes everything feel more natural and more comfortable. Who knows, maybe this could raise your chances in battle, too? 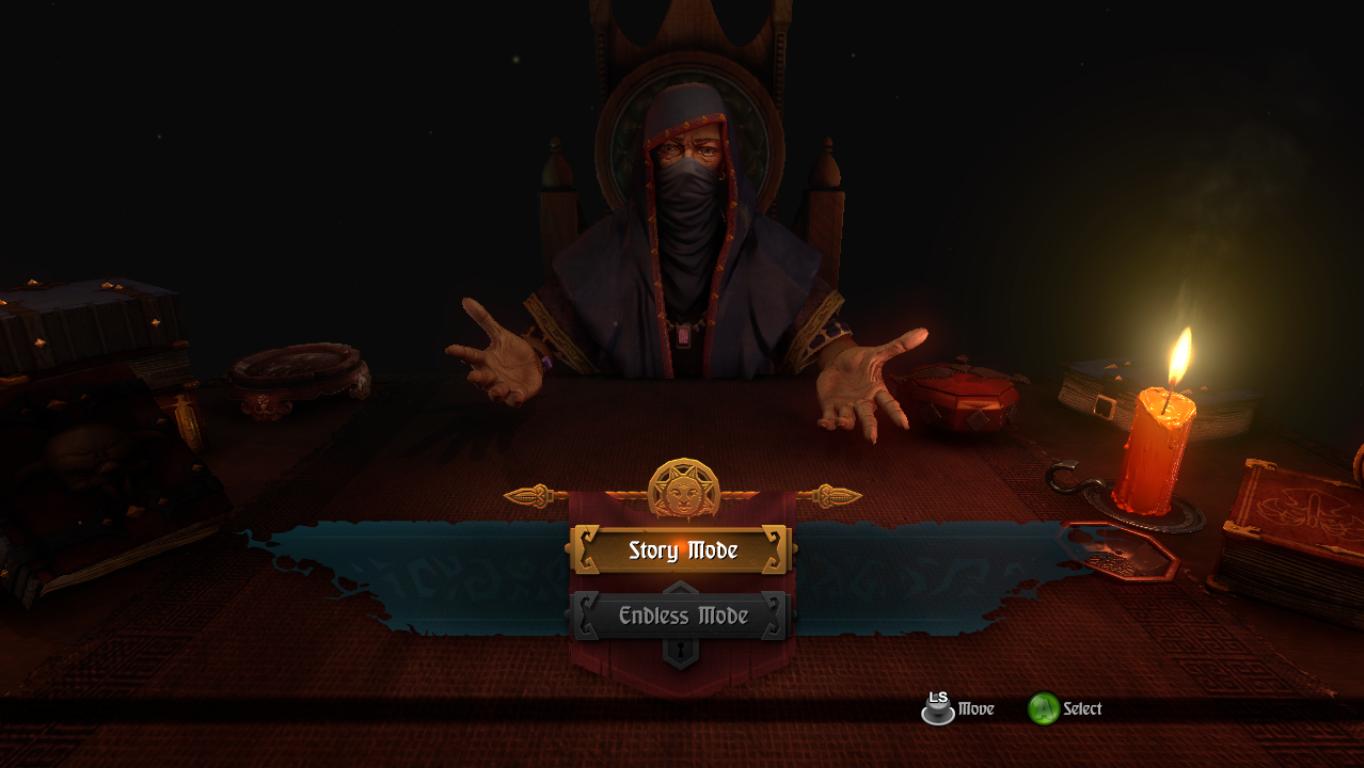 All in all, Hand of Fate is one of the most amazing games I have ever played and that completely satisfied my curiosity as a reader, as well as my drive to win as a gamer. I highly recommend this game to anyone that enjoys RPGs and Trading Card Games.

Hand of Fate is actually a great entry point for first-time gamers too, as it is simple enough to understand but complex enough to keep you interested.

Benj likes video games, neckties and scotch. His favorite games include Resident Evil 2 and Final Fantasy VIII. You may contact him at [email protected]
@ggburroughs
Previous Can’t get enough Ninjak? Try Kindt and Guice’s stylish The Lost Files
Next Infinity Gauntlet #1 brings the hunt for the stones to Battleworld