Dante is almost ready to head onto current-gen consoles. 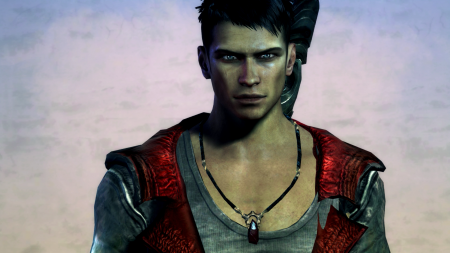 A big, fresh batch of DMC: Definitive Edition screenshots was released by publisher Capcom today, and the Ninja Theory developed title is looking pretty sharp. Repainted and ready to go on the new round of systems, the Definitive Edition of Devil May Cry (the reboot, not the original series) includes not just gussied up looks, but also the ‘Virgil’s Downfall’ DLC pack and some new modes and content.

And despite all the negativity that the game accrued from fans when it debuted on the PS3 and Xbox 360, it’s actually a pretty great action title. So if you missed out (or purposely skipped on by), you might want to check out this new re-release… of the remake.

Devil May Cry: Definitive Edition arrives on the Xbox One, PS4, and the PC on March 17th.

Jason's been knee deep in videogames since he was but a lad. Cutting his teeth on the pixely glory that was the Atari 2600, he's been hack'n'slashing and shoot'em'uping ever since. Mainly an FPS and action guy, Jason enjoys the occasional well crafted title from every genre.
@jason_tas
Previous Mezco’s awesome new Dredd is up for pre-order
Next Wade meets his end (?) in Deadpool #250