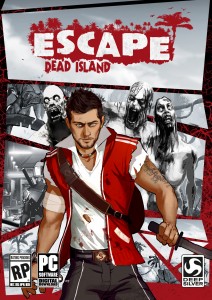 Totally free to download and read, Dead Island is now available on Dark Horse Digital as a three volume, 16 page each, mini-series that’s promised to feature plenty of blood, gore, and maybe a laugh or two. Writer Alex de Campi helms this one, and if you know her work from Dark Horse’s Grindhouse, then you know this one’s probably going to be a ripper of a zombie book.

Adding to that, Mike Hawthorne (from Marvel’s Deadpool) takes up the pencil to bring the slavering hordes of Dead Island to life on the printed page… well, the digital printed page anyway. As for the story, we don’t have a ton to tell you as of yet, but we do know that it focuses on two guys from California named Marco and Richard and their quest to survive the zombie plague that’s hit the golden state.

The full series will eventually be available for download through the Dark Horse Digital app, which is basically available on pretty much every hardware platform including: Amazon, Kobo Vox, Barnes & Noble’s Nook Tablet, the Nook Color, the Kobo iOS app, and the Nook app for Android. Volume 1 is available for download right now, and parts 2 and 3 will be released some time soon.

And while we’re talking Dead Island, don’t forget that Escape Dead Island, the radically different next game in the series, is set to hit the PC, Xbox 360, and PS3 on the 18th of this month.

Jason's been knee deep in videogames since he was but a lad. Cutting his teeth on the pixely glory that was the Atari 2600, he's been hack'n'slashing and shoot'em'uping ever since. Mainly an FPS and action guy, Jason enjoys the occasional well crafted title from every genre.
@jason_tas
Previous The Nintendo Download goes Boom with a Sonic demo and more
Next Happy Mass Effect day! The trilogy might be coming to Xbox One/PS4