Yesterday’s Nintendo Direct presentation did indeed bring a pretty big surprise in the form of The Legend of Zelda: Majora’s Mask 3D. Though that wasn’t all that was revealed. 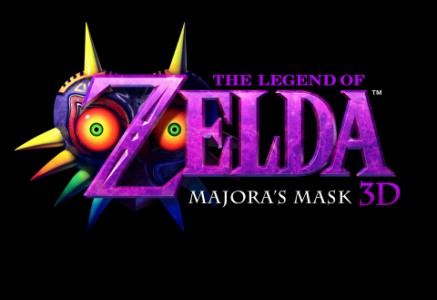 “Now is the best time to be a Wii U and Nintendo 3DS owner,” said Scott Moffitt, Nintendo of America’s executive vice president of Sales & Marketing. “There’s something for everyone with a variety of quality, exclusive games already available and launching soon. From new IP in Captain Toad: Treasure Tracker to unforgettable greats like The Legend of Zelda on the horizon, we have both classic and new franchises covered.”

While saying this is the ‘best’ time to be a Wii U owner might be a pretty bold statement, it’s also not too far from the truth. Hyrule Warriors and Mario Kart 8 make a great case for the system all their own, but then add on the forthcoming Super Smash Bros, Captain Toad Treasure Tracker and more and, well, they kind of make the point for me.

And that was pretty much the gist of today’s Nintendo Direct event, just add a little 3DS love and you get the idea. Well, okay, add in a lot of 3DS love. The biggest surprise of the day actually went to Nintendo’s handheld console, which was the announcement of The Legend of Zelda: Majora’s Mask 3D.

Easily one of the best loved Zelda titles of all time, Majora’s Mask was the direct sequel to Ocarina of Time. And that’s a trend that will continue as the 3DS version will follow up on the already available Ocarina of Time 3D and will be more or less the same in implementation. Meaning of course that it’ll be a direct translation, but with the added effect of a little 3D magic.

Aside from that one massive announcement, Nintendo also talked up more Zelda-related news with the upcoming Mario Kart 8 DLC featuring Link (and more), as well as the Hyrule Warriors interactivity with the Link Amiibo figure. Past Hyrule though, there was plenty more gone over with Splatoon, Kirby, Xenoblade, and tons of indie games profiled.

Comb through the list below for the full tale of the tape, and then check out the video of the presentation to see some of them in action.

For more information about Nintendo, visit http://www.nintendo.com. You can also now pre-order or purchase a number of games directly from a PC or smart device by visiting http://nintendo.com/buydigital.

Jason's been knee deep in videogames since he was but a lad. Cutting his teeth on the pixely glory that was the Atari 2600, he's been hack'n'slashing and shoot'em'uping ever since. Mainly an FPS and action guy, Jason enjoys the occasional well crafted title from every genre.
@jason_tas
Previous Furious 7 looks like all kinds of complete insanity in first trailer
Next Entertainment Earth counts down to Black Friday with daily deals