The free PS+ edition of Evolution Studios’ new racer has been delayed along with the official app as servers are taxed to their limit already. 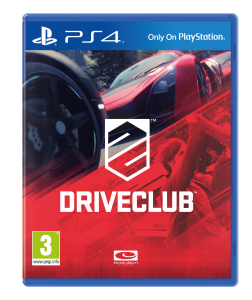 Though it certainly would have been a very cool thing indeed to get a free copy of a brand new game in its release week, it’s simply not to be for PS+ subscribers. Developer Evolution has said that servers for the game are already being overloaded with “activity and new social behaviors” that are pushing those servers to their absolute limit.

The studio actually went so far as to say that they’re sorry if you’re having trouble even getting online for the game, as connectivity is already so strained, and that’s just from the retail/digital edition of the game that gamers have had to buy. Throw a free copy out there into the wild and you might be talking about overloads left and right and some possible serious downtime for the title’s online component.

Evolution also says that they’re working right now to improve those servers and get connection rates up to where they should be. Presumably once that happens, the free edition for PS+ subscribers would be back on the table. In the meantime though, and if you have purchased a copy of the game, you’re more than fine checking out the single player and offline sections of Driveclub.

Jason's been knee deep in videogames since he was but a lad. Cutting his teeth on the pixely glory that was the Atari 2600, he's been hack'n'slashing and shoot'em'uping ever since. Mainly an FPS and action guy, Jason enjoys the occasional well crafted title from every genre.
@jason_tas
Previous NYCC 2014: Mattel reveals 2014/1st quarter 2015 MOTUC figures
Next Supernatural Season 10 Premiere Episode (TV) Review