If you’re looking for a new headset to pair with your Xbox One, MadCatz has you covered with the new Kama and Kunai. 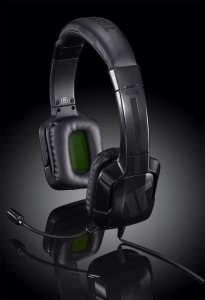 “TRITTON is a leading global headset brand with a very loyal base of hard core gamers so we’re excited to be launching the first products in our Xbox One headset range,” said Darren Richardson, President and Chief Executive Officer of Mad Catz.  “Gaming audio accounts for approximately 40% of our sales and the launch of our TRITTON Headsets for Xbox One will make a significant contribution to our return to growth and profitability in fiscal 2015.”

One of my personal favorite headset lines, the Tritton series has grown from a relatively small section of gaming’s headset market into one of the leaders with plenty of new product shipping for just about every console out there. The market is still a small one on next generation consoles right now too, so two new sets of cans hitting for the Xbox One is a very good thing indeed for fans of Microsoft’s newest box.

While the headsets are definitely new, the names are ones that you should know right off the bat as the Kama and Kunai series’ have been around for a while now in other forms and on other consoles. Here’s what’s available right now:

Jason's been knee deep in videogames since he was but a lad. Cutting his teeth on the pixely glory that was the Atari 2600, he's been hack'n'slashing and shoot'em'uping ever since. Mainly an FPS and action guy, Jason enjoys the occasional well crafted title from every genre.
@jason_tas
Previous SDCC 2014: Mezco reveals the One:12 Collective
Next The Dark Knight gets a special soundtrack from Rdio for Batman Day