Take a peek at the Collector’s Edition of Bungie’s newest and, if you missed out on the Alpha, the Destiny Beta is set to run in just a few days.

Here’s the all encompassing ‘special editions’ trailer to get you all excited about the Limited and Ghost editions of Destiny:

“As we prepare to launch our first Beta on multiple console platforms around the world, we are excited and eager to open the flood gates,” said Harold Ryan, Bungie’s president.  “We already love to play Destiny, and with your help we can be ready for our launch in September.”

And to that end, while the Alpha was a PS4-only event, the Beta will be hitting the Xbox One, Xbox 360, and PS3. With that nice wide swath of gamers playing through Bungie’s brand new world, there should be plenty of feedback for the developers to get the game exactly where they want it to be before the September launch.

With just a bit more Sony exclusivity, the Bets program will open up first on the PS4 and PS3, at 10am on July 17th. After that, the Xbox One and Xbox 360 will get the green light and you can begin playing on those platforms starting at 10am on July 23rd. Also worth noting, is that the play on PlayStation platforms won’t be without interruption as the Beta will go down across the boards for maintenance starting on the 21st and ending on the 22nd. After that though, it’s clear sailing till 11:59pm on July 27th, when the whole event comes to a close. 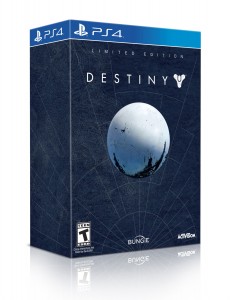 And then there’s that matter of the Collector’s Edition of the game. Bungie titles have had a history of excellent CE’s and Destiny is no exception. Both the Destiny Limited Edition and Destiny Ghost Edition will include the following:

As for the aforementioned ‘Ghost Edition’, well, if you buy in for that one, you’re going to get the above and few more extremely cool little doodads; just please- refrain from making any comments about Peter Dinklage’s voice work. It wasn’t final in that Alpha you know. Here’s what’s in the super-special Ghost box: 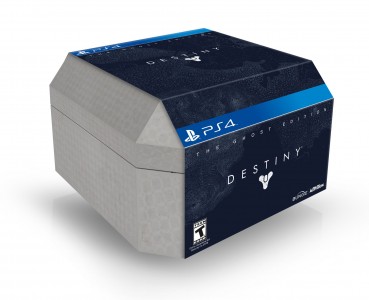 Jason's been knee deep in videogames since he was but a lad. Cutting his teeth on the pixely glory that was the Atari 2600, he's been hack'n'slashing and shoot'em'uping ever since. Mainly an FPS and action guy, Jason enjoys the occasional well crafted title from every genre.
@jason_tas
Previous Conan takes on Groo in a battle of the heroic vs the dumb
Next Marvel intro’s the new Captain America this Fall