Home / 3DS / WonderCon: Nintendo brings its ‘A’ game (s) to the show in Anaheim

WonderCon: Nintendo brings its ‘A’ game (s) to the show in Anaheim

Nintendo has a pretty full line of its newest titles on the way to the Con in California for gamers to try out. 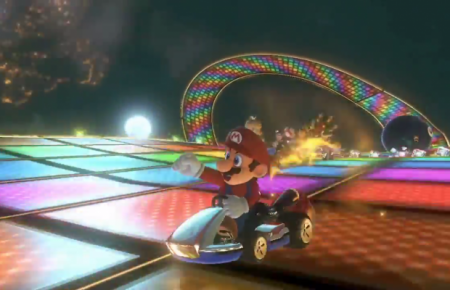 The WonderCon news keeps on rolling as Nintendo has announced that a quartet of games that have both already been released and are are still on the way will be present and accounted for at. These are pretty big games too, including one that just might be the biggest release on the calendar for the company for the first half of this year.

Honestly, it’s worth showing up at the Nintendo booth just to play Mario Kart 8, which looks stunning and like it could easily be a marquee title for the Wii U. Other than that one, Kirby: Triple Deluxe is a key game for the 3DS and Mario Golf is one of the longest running of the Mario peripheral franchises. Not too shabby of a lineup overall.

WinderCon takes place in Anaheim, California and runs from April 18th through the 20th.

Jason's been knee deep in videogames since he was but a lad. Cutting his teeth on the pixely glory that was the Atari 2600, he's been hack'n'slashing and shoot'em'uping ever since. Mainly an FPS and action guy, Jason enjoys the occasional well crafted title from every genre.
@jason_tas
Previous Ubisoft Uplay sale still ongoing, offers up to 70% off games and 50% off collectibles
Next Frozen Synapse On Steam Free Weekend