Microsoft cuts the price of the Xbox One by $50. Originally, the platform was priced at $500. Customers holding off because of the cost can now get it for $450. 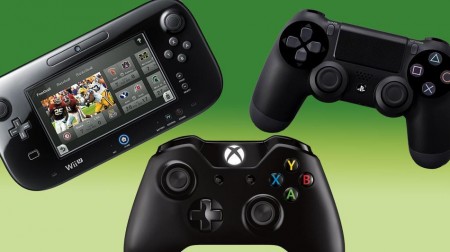 Microsoft seems to be making this decision rather early, as price cuts for consoles tend to be made further down the road. Almost a year after Nintendo released the Wii U, the price for the deluxe model was cut by $50, going from $350 to $300. This is most likely in response to PS4‘s launch sales as well as Nintendo maintaining its momentum. It begs the question as to whether Sony may have to do the same at some point in the near future. Its sales are pretty good so far, but in this industry anything can happen. After all, no one ever predicted the PS3 would recover so well from its slump that it experienced the first few years of its life.

Nintendo claims they won’t be slashing prices any further for a long time to come, but policies can change rather quickly depending on the circumstances. Decisions as well as outcomes in the video game industry can turn on a dime. That’s part of what makes this such an interesting business to get into and examine. It’s always growing, changing, and full of surprises.

Well, my name's Christopher Deleanides as you all know and I'm the Nintendo Editor here at BG. I've been playing video games since 1992, and I've been a Nintendo fan the entirety of those years. My love for video games as well as Nintendo hasn't changed, and probably never will. The only thing that comes close is politics, as I'm very deeply involved in both local and international issues.
Previous Phoenix Online unleashes brand new shots and a trailer for Gabriel Knight
Next Super Smash Bros screenshot round-up