Mobile strategy title Line of Defense Tactics  – Tactical Advantage comes to the PC, but should it have bothered setting it’s waypoint from iOS to Steam? 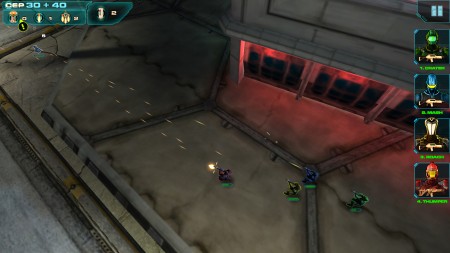 Steam has proved to be a hotbed of innovation in the past few years, creating unique and fantastic se of experiences not found on consoles. The easy entry allows pretty much any developer to bring a game to the ecosystem. But there is also a dark side to this, as many developers simply release broken and downright horrible titles without a second thought. This puts the gamers at risk, potentially spending large sums of money on titles which don’t deserve it. For those who don’t focus on the gaming industry, this can prove most hurtful.

Line Of Defense Tactics – Tactical Advantage, besides having a long and repetitive name, is an RTS title by 3000AD studios. They’re a studio which has, plainly, produced other terrible strategy games. This title in particular was first released for the iOS platform and has now been brought over to Steam, much larger price tag included. While it retails on mobile for a dollar, on Steam it will cost you a grand total of 25 dollars, for the same exact experience; the same 16 missions, and practically the same gameplay. 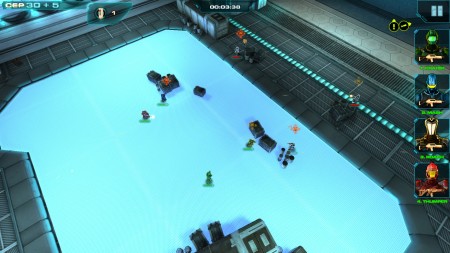 Line of Defense Tactics could really be considered an RTS only in concept. You have a squad of marines (as usual), and you must guide them to specific objectives in each level. You control them, completely, using up their movement points in the process.

The controls look like they were taken straight out off an iPad, complete with big bulky buttons in the corner hiding part of the screen at all times. Ports to the PC are nothing new, but they seriously damage the enjoyment when they have left over elements from their original platform that prove to be obtrusive and unnecessary here. An example would be using the mouse to drag a line for the marines to walk; it seems completely unnecessary considering how many other titles do without it.

The game’s presentation is just as bad. Of course mobile devices have much less power than a PC does, but the developer should have taken some time to at least spruce up the artwork. The game consists of just generic grey corridors which get boring from the start, and the characters themselves look pretty awful as well. It looks like something out of the early 2000’s, not a title released in 2014. The music, if it can be called that, is simply the same song looped for eternity. The guns in the game sound like someone mimicking the sound into a microphone, and explosions sound just as bad.

But you don’t really have to take my word for it as the lackluster gameplay, the drab graphics and the lack of any narrative should convince you not to bother with Line Of Defense Tactics – Tactical Advantage at all. Even with all that working against it though, the biggest insult is probably the 25 dollar price tag. That’s almost 15 dollars more than Xcom : Enemy Unknown when it gets on sale. That game, by the way, is a real strategy game that  you should be picking up.

A young lad on a magical journey through the dark and terrifying world known to many as "the industry". From his hellish prison, Isaac can hear the cries of pain and suffering from those who came before him, only to hear their hearts stop in utter terror. Video games aren't all fun and games kiddies.
Previous Tony Hawk talks THPS mobile game on Larry King
Next Spidey gets some new duds if you preorder The Amazing Spider-Man 2