EA was nice enough to update us on the status of the third game in the Dragon age series and guess what? It’s looking pretty incredible. 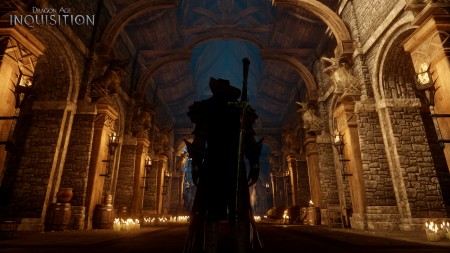 “Dragon Age: Inquisition has come a long way in the last three months. Today, I’m going to share with you some of what we have been up to since PAX. That way, when we dig in deeper a little later on, you will be up to speed.”

We haven’t seen anything on this one for a while, but man is it looking good… in the three shots that EA and developer Bioware released today. In all fairness, the game isn’t set for release for a while yet though, so this is nowhere near final and it probably shouldn’t come as a surprise to anyone that there’s a scarcity of pics of the game in action at present.

From what was released, Dragon Age: Inquisition is going to be one stunner of a game though. The dark fantasy elements of Bioware’s medieval universe come across loud and clear with both the character design and the architecture- because man is that ‘great hall’ pretty.

If you’re looking for a release date, ‘Fall 2014’ is all that exists at the moment and there are no confirmed platforms as of yet so stay tuned for much more about Dragon Age: Inquisition as we head into E3 this coming Summer.

Jason's been knee deep in videogames since he was but a lad. Cutting his teeth on the pixely glory that was the Atari 2600, he's been hack'n'slashing and shoot'em'uping ever since. Mainly an FPS and action guy, Jason enjoys the occasional well crafted title from every genre.
@jason_tas
Previous The Last of Us (PS3) Review
Next Third Tex Murphy trailer goes post-apocalyptic