Shadowrun Returns to expand with Dragonfall 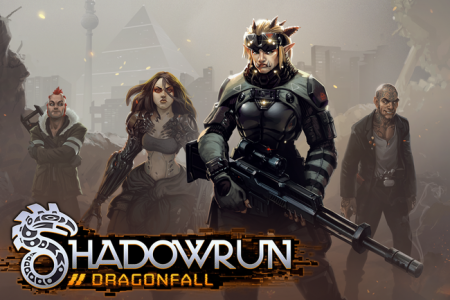 Shadowrun Returns is a pretty big success story at this point with a tidy $1million in sales after clearing its Kickstarter hurdles. The title also debuted at number 1 on Steam and has been ‘game of the week’ on both the Apple App Store and Google Play. Not too shabby for a game that looked to the fans to get off the ground.

Now that the title is firmly entrenched in the ‘popular’ category, Harebrained has a beefy expansion in the works called Dragonfall. The new pack will add in a multitude of new features and enhancements to the game as well as a whole new campaign to play through.

BERLIN. The Flux-State: a stable anarchy enforced by an ever-shifting coalition of megacorps, political factions, and savvy power players. A place where almost anything goes, and the right connections can be the difference between success and starvation. Dangerous jobs abound and there’s no better place to earn a quick payday – provided you live long enough to spend it. For you and your team of battle-scarred runners, it’s just another day in the Free City of Berlin.

But a new threat is rising, one that could mean untold chaos and devastation. The only clue: whispers of the DRAGONFALL, a long-forgotten event from the earliest days of the Awakened world. As you find yourself drawn into a maze of veiled dangers and strange machinations, you will come face-to-face with a grim spectre of the past… and alter the course of Berlin’s future.

Also pretty cool to note is that the team actually let the fans who Kickstarted the title in the first place choose where the expansion would be set. Berlin in the world of Shadowrun seems like a very cool choice too, for the behind the scenes power-struggles as much as for the on-the-streets action.

As for the new additions to the title, outside of the campaign, you can look for a bunch of stuff that’ll improve your game and make for a much better play experience on the whole- including that ‘save anywhere’ feature.

The Dragonfall expansion will be available in two different flavors. Singly, the pack will run $14.99 USD to add onto your copy of Shadowrun Returns. If you don’t have the game already though and feel like now’s the perfect time for a little cyberpunk, magic meets technology action, you can grab both the pack and the original release for just $24.99 USD on Windows, Linux or Mac with iOS and Android versions to follow.

For the sheer amount of content that both the original and the expansion will net you, that’s a price that even a Shadowrunner wouldn’t turn down- look for it on GOG.com and Steam this coming January.

Jason's been knee deep in videogames since he was but a lad. Cutting his teeth on the pixely glory that was the Atari 2600, he's been hack'n'slashing and shoot'em'uping ever since. Mainly an FPS and action guy, Jason enjoys the occasional well crafted title from every genre.
@jason_tas
Previous Daredevil #34 (Comics) Preview
Next MOGA announces first official iPhone controller