Two of the publisher’s latest are on sale for a limited time. 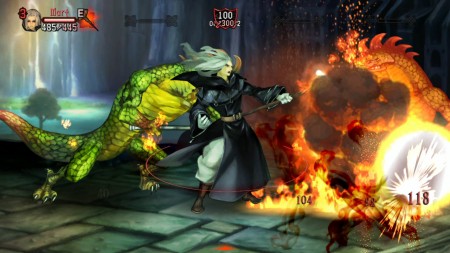 I’ve never played Atlus’ Shin Megami Tensei IV for the 3DS, but it does have a huge fan following, so the dungeon crawler must be doing something right. Dragon’s Crown on the other hand, I’ve had the good fortune of reviewing for this very publication and I can tell you is a ton of fun and not too shabby looking either.

Regardless of my personal experiences with either game though, both titles are on sale right now- along with all of Shin Megami Tensei IV’s DLC. Considering how big that game was already, that’s a lot of gaming for not a lot of dough.

Here’s the official list of what’s available and how much it’ll cost you:

As for when these deals are ending, you can expect the Shin Megami Tensei IV specials to last until the 11th of the month and the Dragon’s Crown deal to stretch through till the 12th. So you don’t have a ton of time here- strike whilst the iron’s hot folks.

Jason's been knee deep in videogames since he was but a lad. Cutting his teeth on the pixely glory that was the Atari 2600, he's been hack'n'slashing and shoot'em'uping ever since. Mainly an FPS and action guy, Jason enjoys the occasional well crafted title from every genre.
@jason_tas
Previous Free content incoming for Company of Heroes 2
Next BandFuse reveals full 55 song track set