Genesis/Mega Drive fans, get ready for some classic Sega goodness in the form of a bunch of the company’s best, rebuilt and redesigned for 3D on Nintendo’s handheld. 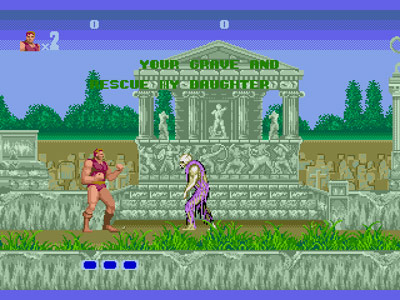 “These games were completely re-built to offer a robust 3D experience that offers more modern gameplay while still keeping true to the original,” commented John Cheng, President and COO, SEGA of America. “We look forward to bringing these classic SEGA titles to Nintendo 3DS for fans – both old and new.”

The just announced series will debut on the eShop and be downloadable for the 3DS console in sets of two games per week (but sold separately) starting the last week of November and ending near the Holidays. Each title will cost $5.99 USD and take full advantage of the handheld system’s three dimensional display.

In all, here’s the release schedule so far:

Jason's been knee deep in videogames since he was but a lad. Cutting his teeth on the pixely glory that was the Atari 2600, he's been hack'n'slashing and shoot'em'uping ever since. Mainly an FPS and action guy, Jason enjoys the occasional well crafted title from every genre.
@jason_tas
Previous Walmart opens up additional Xbox One and PS4 pre-orders
Next Happy Halloween: Scariest Gaming Moments