Atlus strives to make sure your Dragon’s Crown experience is as “fun and broken-free” as possible. 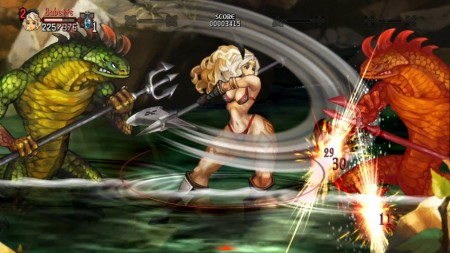 Not that we thought it was broken in any way, but Dragon’s Crown apparently had a few problems that Atlus felt needed addressing. As far as bug fixes go, there’s some mysterious ‘stability’ issues that the publisher dealt with in today’s update for that game.

More than that though, they issued a number of improvements including some new abilities and enhancements to characters like the Wizard and the Amazon.

Here’s what you’re in for when you update:

Atlus promises that more updates for the hack and slash are on the way, but for right now this should get your Orc smashing back on track. Dragon’s Crown is available now for the PS Vita and the PS3, and you can take a peek at our review here.

Jason's been knee deep in videogames since he was but a lad. Cutting his teeth on the pixely glory that was the Atari 2600, he's been hack'n'slashing and shoot'em'uping ever since. Mainly an FPS and action guy, Jason enjoys the occasional well crafted title from every genre.
@jason_tas
Previous Unity #1 getting 8-bit variant cover
Next Video Games: The Ever-Changing Landscape