Need for Speed gets personal

EA is making things personal in Need for Speed Rivals and giving players the tools to customize their rides. 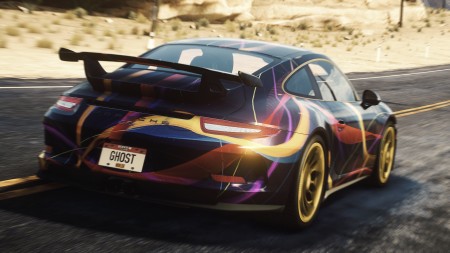 The all-new AllDrive mode in Need For Speed Rivals is where all this new personalization comes into play. In the new mode, you’ll regualrly be tooling around the fictional roads of Redview County; looking for that next big race or collar – if you’re playing as police.

This is also where you can run into your buddies playing AllDrive on their copies of the game. Here you can trick out your cars however you like as you advance through the game, making behicles look a lot less like they just came off the lot and a lot more like they’ve just been through the customs shop. Cops have a similar system they can take advantage of, but with vehicle types instead of off-the-wall looks. It might not make too much sense, as lead designer James Mouat points out, to have cop cars that look like they rolled off the sound stage on Pimp my Ride after all.

Get the full list of details straight from Mouat, including some info on preorder exclusives, here on the game’s website. Need for Speed Rivals drops for the Xbox 360, PS3 and PC on November 19th. That’ll probably also be the date for the game’s Xbox One and PS4 debuts, but nothing’s official as of yet since neither next-gen rig has an actual release date.

Jason's been knee deep in videogames since he was but a lad. Cutting his teeth on the pixely glory that was the Atari 2600, he's been hack'n'slashing and shoot'em'uping ever since. Mainly an FPS and action guy, Jason enjoys the occasional well crafted title from every genre.
@jason_tas
Previous Grand Theft Auto Online explodes with debut trailer
Next Next Resident Evil to go Back to its Roots