Home / News / Next Resident Evil to go Back to its Roots

Next Resident Evil to go Back to its Roots

After feeling neglected for many years, could the prayers of us old school Resident Evil fans finally be answered? 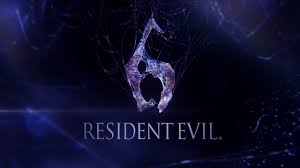 Before I start, there’s something I want to get out of my system. Resident Evil 6 sucked, along with the fifth and yes, I’m actually going to be one of the few resi fans in the world to say this, but, I hated the fourth in the series as well. What made the series so popular from the first and in my opinion, to Code Veronica, was the feeling of being in constant danger, the claustraphobic setting, limited ammunition, herbs and First Aid Sprays were hard to come by, which, all in all added to the feeling of helplessness. Then Capcom decided to do what only they do best, they flipped the bird to all their loyal fans that put them in that position and decided to try and cater towards the mainstream with their no holds barred action style. A typical case of “f*** you, got mine.”

So, with Resident Evil 6 not performing as well as they hoped, which direction do Capcom plan on taking the series next? Well, former Capcom marketing boss, Michael Pattison had the following to say to MVC “There was a cry out for us to focus our attention on survival horror, rather than be too many things to all people. You’ll find where we go next will likely be more targeted at our core fanbase,” perhaps that’s something you should have done in the first place.

I still don’t feel any bit of excitement despite hearing that, this is Capcom we’re talking about after all. Most of you reading this will shouting out loud “Oh, look at that fanboy getting angry with the big company for what they did to his precious gaming series,” but it’s because I’m such a fan of the series that I feel so aggrieved at what a pathetic joke its become, and it’s because I’m a fan that I have every right to express my anger.

Well, before I start ripping my hair out over this, I’ll end things by simply stating, all of you “core fans” of the series are free to be optimistic over this news, but it’ll take something special for the game I once loved to go back to its glory days. I’m actually more excited to see what the master of gaming horror himself, Shinji Mikami, has in store with The Evil Within.

I've been a gamer since I was a child (which is going way back when) the very first console I owned was the Sega Master System, during my time as a gamer I have pretty much come across nearly every console including the Bally Astrocade(which requiered cassette tapes to play games) so I have broad range of knowledge when it comes to video games. My favourite game of all time is between Shadow Hearts (a rare gem of an RPG released for the Playstation 2) and Final Fantasy VIII.
Previous Need for Speed gets personal
Next Righteous Kill 2: Revenge of the Poet Killer (iOs) Review