Despite some teething problems, this revival of the cult-classic 90s shooter delivers a solid old-school FPS experience. 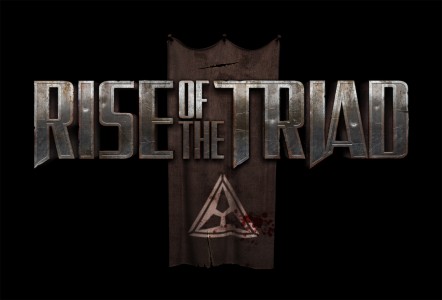 Rise of the Triad is the first game from developer Interceptor Entertainment, a team of roughly 30 people from across the globe and working from home to reboot the cult-classic 90s shooter. Originally intended as a sequel to Wolfenstein 3D, Rise of the Triad became one of the more bizarre FPS titles of its day, and this revival in the Unreal Engine 3 serves only to continue its legacy. Interceptor have clearly tried their darnedest to capture the essence of classic 90s shooter action, and lovingly place it in a 21st century vessel like a delicious video game Turducken.

In the single player campaign, you’ll find yourself in the shoes of your selected member of the H.U.N.T team – the High-risk United Nations Taskforce. Each character has their own unique stats, speed and endurance – although you’ll be moving around like lightning no matter who you pick – and ridiculous names like Ian Paul “IP” Freely and  Grozgerzasrogtiveslin Zwudiskatroltoskysitliev.

Investigating a spooky cult on San Nicolas Island, the team must fight their way through hordes of heavily-armed soldiers and mad monks to stop the cult’s plan to destroy Los Angeles. As someone who has (shamefully) never played the original, it took no effort to get into it – especially considering the focus is on gameplay, not storytelling. It’s the kind of tale you’d probably expect from an 80s or 90s Arnie or Kurt Russell action film, and that’s exactly the vibe Interceptor seem to be going for in practically every facet of the game.

Just about everything you’d expect from an old-school shooter is here – elusive coloured keys you’ll need to progress through each level (twenty levels to blast your way through in total), Speedy Gonzales movement speed and platforming, secret rooms, twitch multiplayer action, crazy power-ups and ridiculous amounts of cheese – and I’m not talking about the kind you’d find on a pizza. Characters regularly spout one-liners in both single player and multi player, and while the range is fairly limited and the novelty can eventually wear off, it makes a nice change from the average super-serious dialogue you’ll find in most of today’s blockbuster FPS games.

Fights will take place in a variety of distinctive environments, including underground labs, killer obstacle courses and creepy monastery courtyards. The in-game audio options even allow players to choose between the modern, heavy metal or the original game’s bleep-bloop soundtracks.

There’s plenty of weapons to choose from, ranging from machine guns and rocket launchers to wizard staffs and magic baseball bats. Thankfully, you’re able to carry plenty, and will need to choose the most appropriate ones to wield in each encounter – using a rocket launcher in a tight castle hallway will get yourself blown to kingdom come alongside your enemies. ‘Kingdom’ is highly appropriate in this case, as you’ll find yourself standing on a throne of jiggling entrails and brain matter after each encounter – as long as you’ve got the gore enabled in the game’s settings. Of course you do. There’s also the occasional power-up to be found, which bestow players with one of several ridiculous abilities – enormous wings to fly around with, balls of electric god-power to throw at enemies, bouncing off the walls like Flubber and even Dog Mode. It’s as awesome as it sounds, and will provide a ruff time for enemies. Sorry.

This all culminates into a tough-as-nails shooter, and I have to shamefully admit that it kicked my rump. Over and over and over. It’s probably conditioning from the last decade of FPS games – it’s been a long time since I didn’t have my hand held in the genre. Rise of the Triad not only refuses to hold your hand, but will gleefully lop it off at the wrist, cackling like the Cryptkeeper from HBO’s Tales from the Crypt. The boss fights in particular are where you’ll need to scrap together every bit of FPS skill and brain-power you can, as they’ll take not only impeccable aim, but the ability to multitask between environmental hazards, waves of regular enemies as well as some potentially deadly platforming. There’s four boss encounters in total, each serving as the final section of the game’s four chapters, and were by far the most enjoyable boss fights I’ve experienced in a good long while.

Multiplayer is a blast. Figuratively and literally. The same high-octane action carries over online on dedicated servers, or even LAN/IP play in Deathmatch, Team Deathmatch or Capture the Flag modes. There’s only a handful of maps available at the moment, but the promised free DLC in the future will no doubt expand the array of arenas and modes in which players can obliterate each other. I had no real issues playing online, other than the usual mediocre ping thanks to living in good ol’ New Zealand. A map editor and mod support are also on their way.

Unfortunately, RoTT is not without its faults. Although I appreciated the corny nature of the dialogue, the voice acting itself is fairly mediocre and tends to grate once you’ve heard a one-liner for the billionth time. The soundtrack, too, is repeated a fair amount, although this is less bothersome as it features some pretty catchy tunes indeed. The real issue is the game’s performance, despite looking absolutely gorgeous once everything is cranked up.

I fiddled about with the graphics settings plenty, and found little to no difference in performance between maximum and minimum configuration – and that performance varies depending on whatever random settings you decide to change. This is quite problematic, especially considering this is a game that requires you to have the reaction time of Clint Eastwood in a cowboy shootout. Interceptor’s constant communication with their customers throughout the launch of the title to rectify its issues is highly appreciated, but unfortunately this is a review of the game as it was at launch. Buyer beware, but keep an eye out for future fixes.

Those who were left disappointed with the last notable attempt at old-school FPS revival – which was all out of bubblegum on most fronts –  might find solace in Rise of the Triad, if they’re willing to overlook or wait out the technical issues which plague the game at the time of printing. It’s certainly a marvellous effort from a small studio for whom this is the very first game, and I hope this inspires a little more variation and willingness to be silly in the genre.

Legends foretold of a hairy-footed halfling named Kyle, who would go on a perilous quest to drive an ancient evil from the world – instead, he bought a computer and learned how to throw his opinions at the internet. He now resides in New Zealand, where he slowly wears his eyes out on far too many video games.
Previous Dead Island online arena battle title announced
Next Xbox One’s Game DVR to be a Gold feature