The Companions: The Sundering (Book) Review

Prolific author R.A. Salvatore takes his most popular character in an entirely new (yet oh, so familiar) direction with his latest Forgotten Realms book, The Companions: The Sundering. 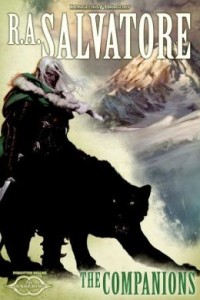 When last we left Drizzt Do’Urden, he was in a perilous state of uncertainty and injury after a battle most epic and emotional. As fans looked on in curiosity and despair, we could only wonder, “What could possibly be next for our hero?” While you may not get the answers you thought you wanted from The Companions, what you will get is a plot twist that is as completely unexpected as it is perfect for the next stage of Drizzt’s tale.

“As Drizzt’s fate hangs in the balance, he reflects on the lives of the trusted allies who stood by his side throughout his early life–the friends now known as the Companions of the Hall.” Longtime Salvatore readers will recognize this immediately as reference to Drizzt’s most loyal friends, all long dead. Catti-brie, his beloved wife. Wulfgar, a barbarian of great strength. Bruenor Battlehammer, adopted father of both and twice king of Mithral Hall. And Regis, a gifted halfling thief. And yet, even new readers will be able to quite easily follow the story as we get to know these characters anew (and will likely be inspired to check out some of the older Drizzt novels as a result).

While I won’t spoil the unwinding of this spectacular story, I will say that Drizzt himself is not as much the focus of this story as his friends (and the upcoming cataclysm known as the Sundering) are – and yet readers will not be disappointed in the direction it takes. To know Drizzt is to know that loyalty and friendship mean all, and so his companions new and old do much to influence the path he takes. With the future of the Forgotten Realms in question, Drizzt will need someone who’s got his back, unquestionably. And so in a time of uncertainty and impending peril, Drizzt ponders who he can trust to stand beside him, to be willing to give their lives to protect him (and expect the same in return without question), as he remembers companions old and new.

The Companions: The Sundering is just a fabulously written story that draws you in and keeps you guessing on nearly every page. From start to finish, you will be shocked and delighted at the newest twists and turns in one of Drizzt’s most unpredictable tales to date. Whether you are a fan of the Forgotten Realms from way back, or just looking for an entertaining new read, The Companions is a book that will leave you both satisfied and begging for more. Buy this book – you will not be disappointed.

Tags drizzt r. a. salvatore the companions the sundering 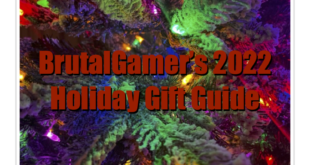