Capcom has just announced the release date for the upcoming title Ducktales: Remastered. 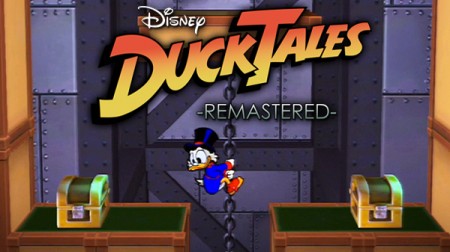 Ducktales: Remastered will be available for Wii U eshop, PSN, and PC on August 13th. The PS3 will be getting a physical release on August 20th. There will also be an XBLA version coming September 11th.

This title is a remake of a classic platformer known simply as “Ducktales”, which came out for the NES and Gameboy in 1989. It features Scrooge McDuck on an adventure in which he hunts down 5 treasures across the world.

The remake is a blend of 3D and hand-drawn 2D animation. The story mode is more detailed than the NES/Gameboy versions; Capcom even had the actual voice actors from the show doing the dubbing for the characters. The developers made sure to improve the game, as opposed to simply changing very dramatically. The level design is pretty faithful to the original game, with some obstacles added here and there that weren’t previously featured in the original game.

If you’re a fan of the show or even just the game itself, then this remake shouldn’t disappoint. Capcom shows it’s capable of breathing new life into an old title without radically transforming the original game.

Well, my name's Christopher Deleanides as you all know and I'm the Nintendo Editor here at BG. I've been playing video games since 1992, and I've been a Nintendo fan the entirety of those years. My love for video games as well as Nintendo hasn't changed, and probably never will. The only thing that comes close is politics, as I'm very deeply involved in both local and international issues.
Previous Go to Comic Con anytime with The Devastator’s new App
Next SDCC: Warner Bros unveils official bag of the Con