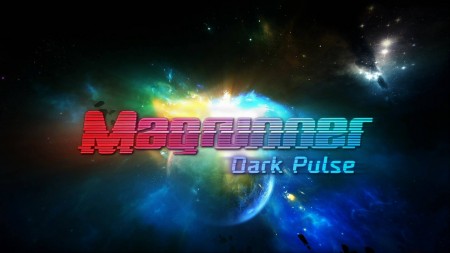 The First-person puzzler genre is nothing new to gamers. Portal is of course the most memorable game in this genre having captivated millions with its mind bending and often perplexing puzzles. It gave us a chance to see the puzzles in a new light, being able to interact with the world in a much more realistic and plausible way.

Now this is not a portal review. I don’t have time to make cake jokes and such. Instead this is a review of the recent title Magrunner: Dark Pulse published by Frogwares, a game studio based in the Ukraine. They specialize in puzzle and mystery games and have published the Sherlock Holmes and Dracula series. 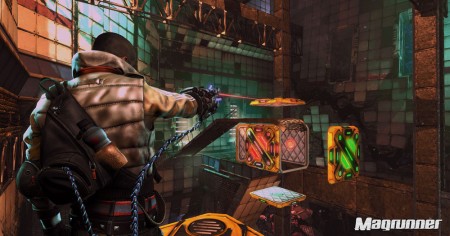 The game starts off basic enough. A few bright vibrant still pictures while a main character voices over. He details to you the basic story and what is going on in the games universe. Not to spoil anything here, it basically details an orphan’s story as he tries to win a prize from a very suspicious company. So you as Yoshi (the orphan not the green dinosaur) and must take it upon yourself to complete the puzzles placed before you and win the ultimate prize.

During these puzzles, you are outfitted with a gun capable of creating positive and negative energy fields. Right click for a red positive field and left click for a negative green field. They work as you would expect going through high school physics, same color fields separate and different fields attract. This allows you to attract and separate platforms to get you from place to place.

Now I know I keep referencing Portal, but it truly was the landmark title in the FPS puzzler field. Nothing has come close to rivaling it in terms of popularity. And so when I say that cubes are used in Magrunner as weights and puzzle solvers, most will assume they basically copy the companion cubes found in Portal when in fact they differ greatly. 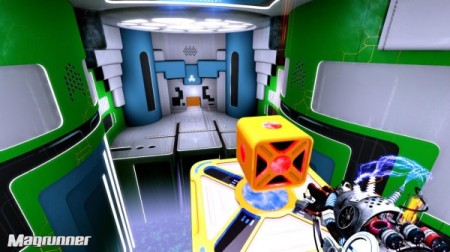 Magrunner’s puzzles are very fun and varied as well. It’s not the simple, “here’s the exit- get to it”, kind of puzzles but some that make you achieve a goal, which has an impact on the overall environment. Quite a bit of thought and depth went into this game and its visible from the very beginning. And although it’s rather hard to understand the physics and correlation between different magnetic fields and their placement, going through the game helps you improve and solve even harder puzzles. The game mechanics are very solid and make sense which is always an important part in puzzle games in order to truly work your way around the predicaments. 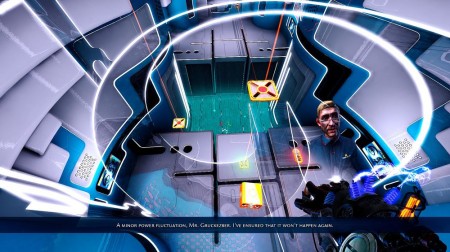 The atmosphere in this game is also amazing. It has enough references to Lovecraft that fans can understand and enjoy, yet not so many that people who have never read his work can’t enjoy. A perfect middle ground in this sense. The first part of the game takes place in a brand new facility complete with white walls and perfect functions, but as you move on and uncover more of the story, it begins to fall apart. Walls start crumbling, the power goes out and the place begins to look rundown.

A nice feature are the calls you can make with your magnetic gun. Other characters can contact you at any point and can offer advice or humor. The music is mostly techno beats which sound every once in a while but provide something to listen other than the whirr of the facility and your magnetic gun.

A truly fantastic experience of a game, something to hold us off until Portal 3 is announced (hopefully). Enough comparisons, they game has its own merits to stand up for itself. It has charm and character which can only be found in an indie title, something which keeps you playing and enjoying to the end. The mechanics are solid so when something goes wrong, you know it’s your own fault and not the game’s. Magrunner: Dark Pulse is certainly a must-play for any puzzler fan.

A young lad on a magical journey through the dark and terrifying world known to many as "the industry". From his hellish prison, Isaac can hear the cries of pain and suffering from those who came before him, only to hear their hearts stop in utter terror. Video games aren't all fun and games kiddies.
Previous New Avengers #8 (comics) Preview
Next Call of Duty: Ghosts to offer preorder map