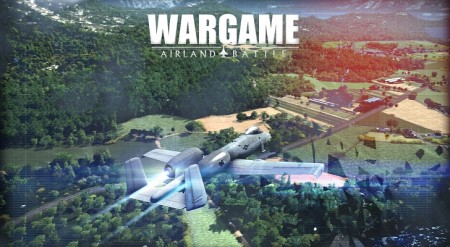 The RTS genre has certainly grown in the past few years with such titles as Starcraft 2 and the upcoming Company of Heroes 2. This quick combat allows for some truly amazing and unexpected games with hundreds or thousands of units involved. Such is the case with Eugen Systems’ recent title Wargame: Airland Battle. Its the follow up to their popular 2012 Wargame: European Escalation. Both have similar systems of play but Airland Battle is the better game with many improvements made to how the game plays. 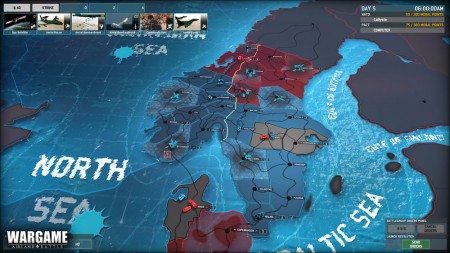 The single player portion of the game is quite solid, especially for a multiplayer heavy RTS like this. You have an option of 4 campaigns, each labeled based on their difficulty. They take place on a large scale map, usually a European country. You have units available on different sections of this map. You get to make a single move with each one pf these and move them to advantageous parts of the map. This is where the real game begins. When 2 opposing units enter the same sector, the game changes and you get to the meat of the game. A large scale battle wherein you combat the AI one on one.

This combat is executed amazingly as you start off with 1500 points to spend on your units. Each has a different cost and must be used in certain scenarios. For example in a large flat map, tank convoys work best, but in a wooded area, its best to invest in infantry and helicopters. Its important not to waste all your points at once as they regenerate very slowly and one wrong move could end you losing the match.

The maps are very varied and spaced out. This comes across as a problem in some cases as some units, such as tanks which move rather slow, can take a few minutes to get across the map. The maps themselves can be either all land or in some instances feature bodies of water such as lakes or ocean. This makes amphibious vehicles that much more useful as they can trek both terrain. 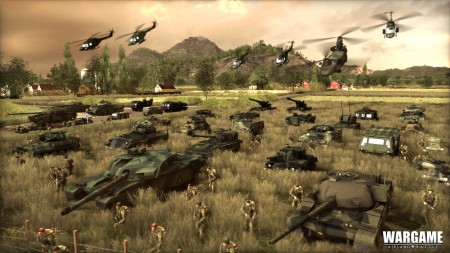 The customization available on units is great as well. You have a hanger option in the menu which allows you to change and alter the cosmetic and type of vehicle. This allows you to choose which units you can bring to the battlefield depending on the circumstances. This is most useful for multiplayer as it allows you to tailor the battle to your taste.

The multiplayer plays a large part of this game but alas, the Press version i played had the multiplayer disabled and did not allow me to try it out. But from the in game chat, i think is very popular among the players.

The music is nothing to write home about as its looped army band tunes with the sounds of weapons firing. You will probably end up muting the game and listen to your own tunes. The graphics are pretty good and you can zoom into the battle a fair bit to see individual units. The big part of the presentation is the detail on these units where you can even see the individual guns on helicopters. A very detailed and authentic design. 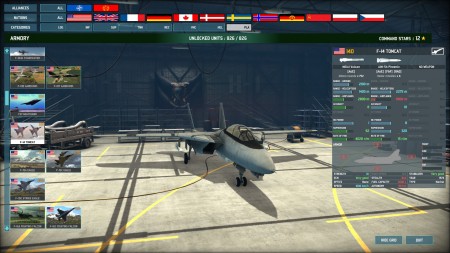 Another fantastic RTS from the team at Eugen. They took what was great from the original and built upon the things that made that game great. The care the team took to get every little right is something most developers don’t do anymore and make the game feel even more polished. While the singleplayer is very strong, it will be the multiplayer that will keep this game downloaded on your computer. A very meaty combat system allows for much more variety and it helps the game play out even better. If only real war were this fun to command.

A young lad on a magical journey through the dark and terrifying world known to many as "the industry". From his hellish prison, Isaac can hear the cries of pain and suffering from those who came before him, only to hear their hearts stop in utter terror. Video games aren't all fun and games kiddies.
Previous The Replacers return for Black Ops II Vengeance
Next Quantum & Woody #2 (comics) Preview