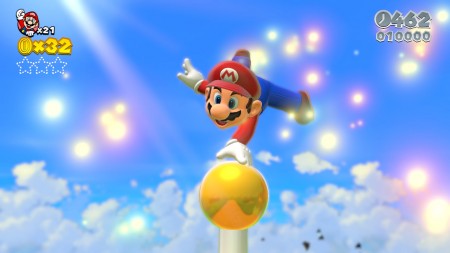 June 15th was the last day Nintendo’s E3 demos were available to be played in Besty Buy, and I was fortunate enough to have three other people in line who wanted to play Super Mario 3D World with me. All four of us decided to play level 2-1, just to ease ourselves into the game. I had the Wii U gamepad, and was playing as Mario. The cat suit was a lot of fun to use, as it really spiced the gameplay up. You could use it to climb up walls, or attack your enemies by scratching them. You can even perform a different type of ground pound attack in the suit.

Each of us that were playing got a cat suit, and didn’t have any trouble keeping them. Enemies were dropping like flies as you tore through them with the suit on. We could store up to 4 suits at once to use for later. You can’t climb up the walls indefinitely though, as you eventually fall down after clinging onto them for a certain period of time. Another neat feature was the ability to unveil secrets using the gamepad’s touch screen. If you move your finger along the screen, you can reveal things like invisible blocks in the level. I didn’t make much use of it at the time though, as I was sort of speedrunning through the level.

If certain players are off screen for a while, the game automatically has them catch up with the rest. For a second even I fell behind, but for the most part I kept up pretty well. The second part of the level was a side scrolling section, in which you could take branching paths. I and one other player took the above path while two others took the bottom.

During our playthrough we found plenty of green stars along the way, we even went through a pipe that lead us to an area where we had to walk on tiles until they turned a certain color. If you light up all tiles, you get rewarded with a green star.

In the time I had playing this game, I could already tell that the multiplayer works well. The game really facilitates the function of four people platforming in 3D space. It was a lot of fun, and it’s sure to be a real hit this holiday season.

Well, my name's Christopher Deleanides as you all know and I'm the Nintendo Editor here at BG. I've been playing video games since 1992, and I've been a Nintendo fan the entirety of those years. My love for video games as well as Nintendo hasn't changed, and probably never will. The only thing that comes close is politics, as I'm very deeply involved in both local and international issues.
Previous General Zod to be fourth Injustice Gods Among Us DLC Character
Next Microsoft’s Xbox One First-Party Game Pricing Outed 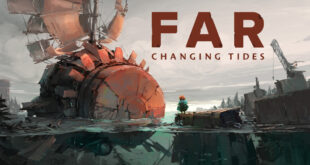 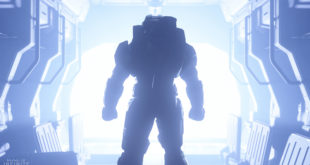 BrutalGamer’s editor-in-chief talks about his picks of the E3 2021, along with a few sorely …