The just released Incredible Adventures of Van Helsing has a sequel on the way. 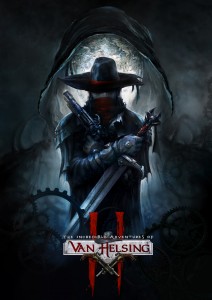 The dark, steampunk action/RPG put players in the hat of the son of the original vampire hunting Van Helsing and set them on a quest to rid the city of Borgova of a mad scientist. The doc was up to no good and unleashing horrors of his own creation on the populace until falling at the hands of the younger Van Helsing.

“In the first game it all seemed so simple,” said Viktor Juhász, narrative designer at Neocore Games, “defeat the mad scientist, free the land and ride into the sunset, but sometimes the fall of a villain only opens the way to more sinister foes.”

There’s no release date as of yet and we don’t know if the game will be coming to next (or current) generation consoles or not, but we do have confirmation that players of  the first game will be able to import their characters into the sequel. that’s always a nice feature.

As for that original game, it’s still on course to see release for the Xbox 360 later this year. Our review of the PC version can be found right here.

Jason's been knee deep in videogames since he was but a lad. Cutting his teeth on the pixely glory that was the Atari 2600, he's been hack'n'slashing and shoot'em'uping ever since. Mainly an FPS and action guy, Jason enjoys the occasional well crafted title from every genre.
@jason_tas
Previous Mezco reveals a Summer exclusive Creature
Next T-minus one week to the Age of Ultron finale