Home / News / The PSN goes on a Manhunt

The PSN goes on a Manhunt 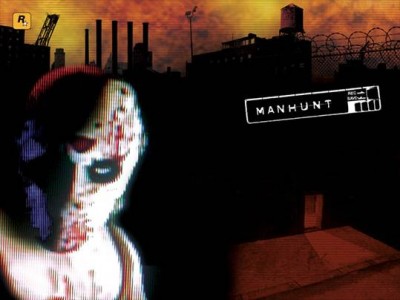 Well this is kind of an unexpected surprise. Rockstar Games has just announced that the game that cemented the studio’s status as a controversial gaming icon, 2003’s Manhunt, is out now on the PlayStation Network.

America is full of run-down, broken rust-belt towns where nobody cares and anything goes. In Carcer City, nothing matters anymore and all that’s left are cheap thrills. The ultimate rush is the power to grant life and take it away, for sport. As James Earl Cash, you’re a death row inmate who awakens from the lethal injection chamber to discover he’s met a fate perhaps worse than death. As the star in a sick kill-or-be-killed reality TV show, your fate is left in the hands of the twisted Director, Lionel Starkweather. They gave you your life back. Now, they are going to hunt you down.

Jason's been knee deep in videogames since he was but a lad. Cutting his teeth on the pixely glory that was the Atari 2600, he's been hack'n'slashing and shoot'em'uping ever since. Mainly an FPS and action guy, Jason enjoys the occasional well crafted title from every genre.
@jason_tas
Previous Ride to Hell goes on the road to Route 666
Next Thunder Wolves coming in for a landing on Steam