Neptune’s back, and this time she’s taking it to a whole new dimension. 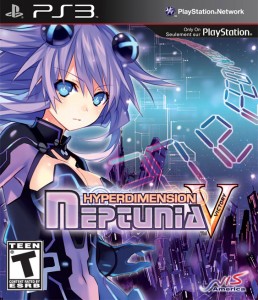 For those unfamiliar with the Hyperdimension Neptunia games, it features a series of characters who alternately frolic about and grind in a world meant to parody the console wars. From Lowee to Lastation, most of the areas and a good portion of the jokes derive from this heated battle seemingly carried out daily on the internet for the last few years. Each of these areas has their own CPU, a giggling turn/hyperdrive vixen who is meant to protect the citizens and raise the shares of their area.

Although this is all a running themes in the games, have no fear if you are new to Hyperdimension Neptunia; Victory does a great job of explaining everything from the battle order to various formations to super challenging monsters, with a tutorial that is both presented in game and accessible from the menu. While many things can seem somewhat confusing and complicated at first, the combat is really the star of the game, and what keeps you coming back to it. 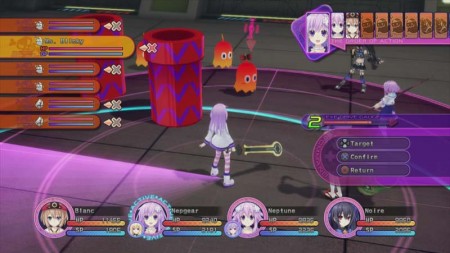 Battles play out in classic turn based style, which means you have ample time to make decisions.   As you progress in the game, you’ll gain a variety of different types of skills, from basic magical attacks to a powered up extra attack to the powerful HDD mode (complete with the standard eye-rolling costumes). The displayed turn order also means you can make some educated guesses as to whether you want to waste a turn healing or go for the kill. Added to that, you can team up characters for an “I got your back” boost. Like previous Hyperdimension Neptunia games, rather than selecting a single attack, you’ll ;ay down a series of hits in your choices of power, rush, etc. It all makes for great combat, specifically because you have so much control over the battle.

Hyperdimension Neptunia Victory basically has only one place where you can wander and fight: the dungeons. Cities, and the map itself, consist merely of menus. While you can save anytime on the menus, in the dungeons it is kill or be killed, and there is nothing worse than grinding for an hour and then falling under an unexpected ambush, only to see all your hard work disappear. Thus is rpgs, though, and it’s one of the many reason we love them. Some dungeons have save points, some do not. Either way, expect to be fighting battle after battle without the option to save, making item development and shops a must when you visit cities, if only for healing items. 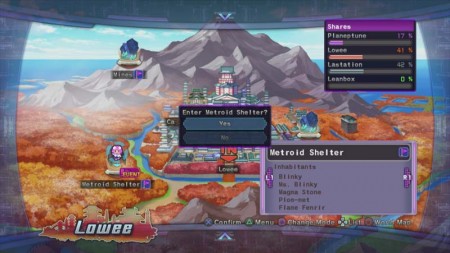 What’s an rpg without a good story? Actually, without a story, Hyperdimension Neptunia Victory would literally be about half the game that it is. While you can grind around in the dungeons as much as you like, if you want to advance quickly in the game, you’ll need to expect to be reading as much as you’re playing. The story is advanced in a series of “events”, all marked clearly on the map as they are unlocked. Each event gives you a cutscene that advances the story, introduces you to the characters, and generally involves a lot of simpering and/or unlikely cleavage.

I’m usually the first one to denounce the often ridiculous costumes female characters often get in relation to their male counterparts in a game. However, in the case of jrpgs I feel it is a well known characteristic of these games, and so it is to be expected. In the same way you wouldn’t read Playboy if you don’t care to look at nude women, you probably shouldn’t be playing a jrpg if you aren’t a fan of anime style cutesy fetish stuff (or at least willing to look past it for the sake of the game). 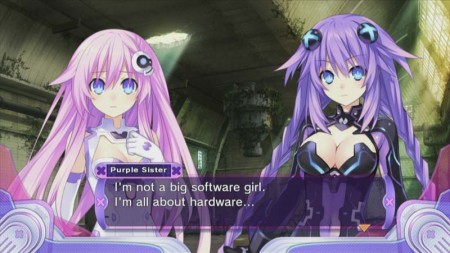 In Victory, our main character Neptune has been sucked into another, somewhat familiar dimension courtesy of the Seven Sages – a group that is pretty much made up of overly sexualized female characters and silly male characters who drool over them. The story is funny at times, made me roll my eyes often, and isn’t real appropriate for kiddos, but it made me laugh and served as an appropriate foil for the killer monster battles. While I didn’t mind too terribly much clicking through all the story scenes (I’m a fast reader), gamers who are bothered by that type of thing should take note.

The other thing that may bother some is the graphics. Particularly in the menus and such, everything has more the look of a PS2 game than a modern console. While it wasn’t a big deal for me, as I enjoyed the retro feel of it, it may come as a surprise to newcomers (fans of the series should already expect it, as it’s a similar look to the previous games). 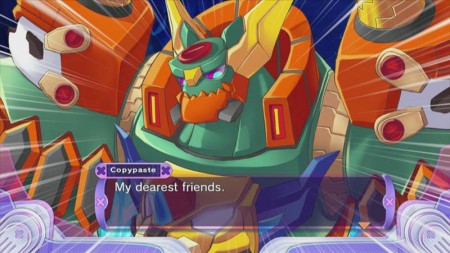 U.S. Senior Editor/Deputy EIC at BrutalGamer, mother of 5, gamer, reader, wife to @MacAnthony, and all-around bad-ass (no, not really)
Previous BioShock Infinite (Xbox 360) Review
Next Get ready to be replaced in Call of Duty… again 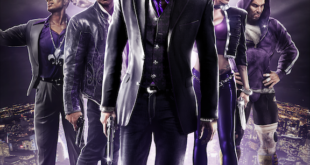 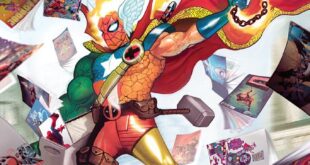