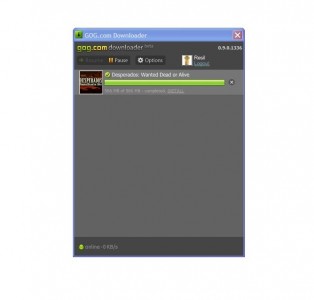 I’m not sure if downloadable game retailers get much more consumer friendly than GOG.com. Their prices are great, they have no DRM at all, and they’re usually running some kind of sale… Like now for instance.

Select 5 games from the list below (and there are some honest to goodness gems on that list) and buy ’em all in one transaction and you’ll save yourself 80% off the ticket prices. In some combinations, that could be a savings as much as $115! And Mac gamers aren’t out in the cold either. Although the pickings are a little slimmer, there are 7 titles on the list that are Mac compatible.

So why the sale? Because it was a year ago that GOG launched its new look and new direction as a retailer. Since then the store has posted some 54 indie games, 25 day-one releases, more than 100 games on Mac. Pretty nice. Also pretty nice to give instead of get for your birthday, good thing I didn’t bake that cake.

Check out the Pick 5 Promo in all its glory right here.

Jason's been knee deep in videogames since he was but a lad. Cutting his teeth on the pixely glory that was the Atari 2600, he's been hack'n'slashing and shoot'em'uping ever since. Mainly an FPS and action guy, Jason enjoys the occasional well crafted title from every genre.
@jason_tas
Previous Joe Quesada to join the roster of artists for Age of Ultron finale
Next SpotPass content coming to Fire Emblem