Home / News / Will PS3 prices take a dive in the face of a PS4 announcement?

Will PS3 prices take a dive in the face of a PS4 announcement?

Deals website dealnews takes a look at the prospect of a PS3 price drop and just what the future holds for the third edition of the PlayStation in the wake of Sony’s impending PS4 bombshell. 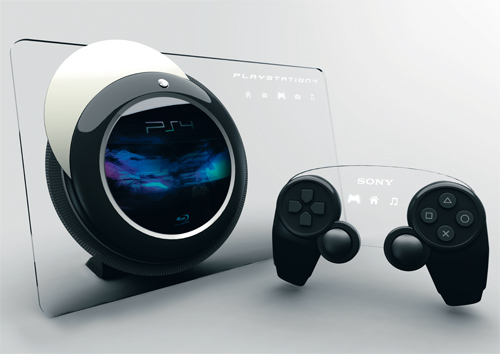 Sony is about to take console gaming into the future, and if industry experts are correct, that future will begin on February 20. That’s when the Japanese giant will give the world its first glimpse at the PlayStation 4 at a press conference to be held in New York City.

Sony has remained tight-lipped about the event, but the Wall Street Journal claims that “people familiar with the matter” have confirmed the PS4’s unveiling, making Sony the second player to enter the next-gen console arena in the past year, behind Nintendo (which unveiled its Wii U in November) and ahead of Microsoft, which has yet to leak any information about its Xbox 360 successor.

While the thought of a PS4 has us excited, as deal hunters, we also can’t help but wonder what this means for the PlayStation 3, which will undoubtedly see a price drop after Sony’s announcement. To find out how good the PlayStation 3 deals may get, we turned to previous console announcements to see how they affected the prices of their predecessors. 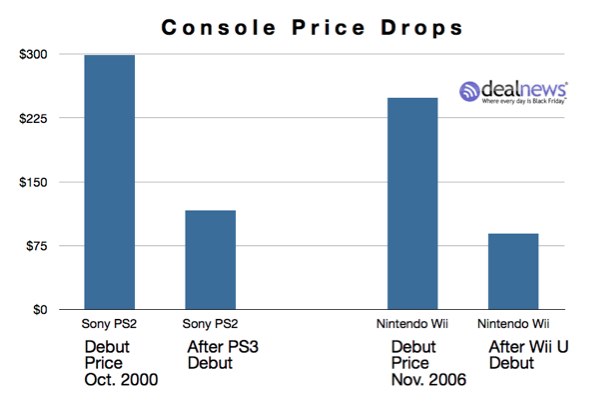 The PS3 was officially announced by Sony at E3 in May of 2005. Prior to its announcement, deals for the PlayStation 2 had been averaging $160. After the PS3’s announcement, the PS2 dropped to an all-time low of $129, or 56% off its full retail price. At the time, that price was unheard of for the PS2.

Fast forward to the PS3’s actual release to customers in November of 2006, and the PS2 dropped in price again; this time it fell to a new all-time low of $116, or 61% off the full retail price.

In a similar fashion, we found a Nintendo Wii deal that dropped to an all-time low of $89 (64% off full retail price) a week after the Wii U’s debut last November. To this day that remains the best deal we’ve seen for a new Nintendo Wii console.

Naturally, these price drops are expected when any device’s successor is announced, but if we go by these numbers, then deals on the PS3 160GB console could potentially hit as low as $144 (64% off full retail price). While that may sound extreme, keep in mind that we’ve already seen this model hit $200 multiple times in November and December. (To date that has been the 160GB PS3’s lowest price.) And for a system as powerful as the PS3, and with a game library this large, $144 is an absolute steal for bargain hunters. (The PS3 was also recently named one of the best Blu-ray players by CNET, another plus for the system.)

While it’s anyone’s guess as to when the PS4 will be available, it’s never too early to begin thinking about PS4 deals. For that we turn to the only next-gen console available today — Nintendo’s Wii U. The 8GB Wii U saw a $10 discount (3%) a month after its November debut. In January, it received a bigger $55 discount (18%) bringing it to an all-time low of $245. Not bad for a console that’s less than three months old.

Ultimately, next week’s event from Sony is bound to be filled with surprises, but the real winners will be potential PS3 buyers who are likely to see new lows on Sony’s still-popular console. To prepare, make sure to set up an email alert now for deals on PS3 and PS4 consoles, so you can jump on any price cuts the second we find them.

Editor – This story originally appeared on Dealnews.com. You can take a look at the original by clicking here.
Share

Jason's been knee deep in videogames since he was but a lad. Cutting his teeth on the pixely glory that was the Atari 2600, he's been hack'n'slashing and shoot'em'uping ever since. Mainly an FPS and action guy, Jason enjoys the occasional well crafted title from every genre.
@jason_tas
Previous The Last Threshold (Book) Review
Next Toy Fair 13: Iron Man Minimates revealed