If you’re a little confused at the idea of a review of such an old game, let me enlighten you: Disgaea 2: Cursed Memories is part of the PS2 Classics series that is being released on Playstation 3. For the price of a download, you can play all those games you loved years ago, and even better – go back and play the precursors to the games you love now. Either way, you get the feel of playing those classic games without the hassle of trying to find a classic console and get it hooked up to your not-so-classic television. But how does it stack up? After all, often times the classics simply cannot stand a direct comparison to this generation’s games, and besides, most of them look terrible on today’s HD tvs. So is Cursed Memories worth the money to download, or are some things just better left in the past?

The storyline in Cursed Memories centers around a heroic young man named Adell. The evil demon lord has managed to turn all of the people in the world into demons, and Adell is the last human left. He vows to find and defeat the demon lord any way he can, before his family can be fully transformed. When Adell’s somewhat evil demon mother hatches a plan to summon the demon lord so he can be defeated, they mistakenly summon his daughter Rozalin instead. As Rozalin is now bound to Adell by the summoning, she becomes the first of many companions in the game. 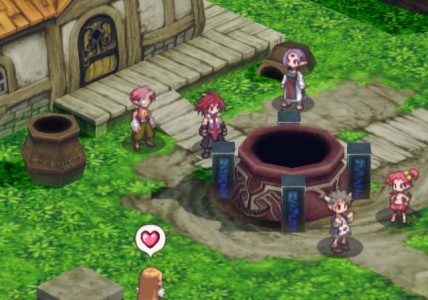 How well you perform in battle is directly related to your companions and where they are placed (having an ally next to you increases the chance for a joint attack), so both choosing the right team and positioning them to advantage are very important to the game. If you’ve played other Disgaea games, then the combat system in Cursed Memories will look very familiar to you. Everything is turn based, with all the members on your team getting to make their move, and then all of the enemies having a shot at you. As you start the battle, all of your characters are still in the pool. You decide which characters will do battle, and place them on the board accordingly.

You start out with just Adell and Rozalin, but you can create many more of various types, from different magicians to thieves to prinnies, each with their own special abilities. Creating a new character requires you to give up mana, and of course you’ll have to equip them all and level them up too if you want them to have any chance at all in battle. While quality is more important than quantity to a point, you will need a pretty hefty team, particularly if you want to get anywhere in the item world. 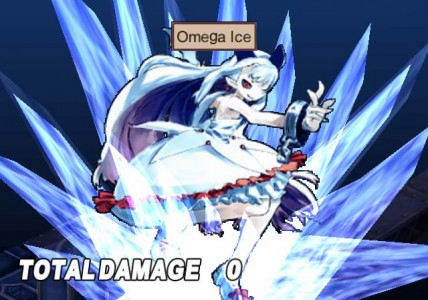 When you go out to battle, you have the opportunity to return to town after each battle if you wish, meaning you can save often, heal, buy new equipment, etc. In the item world, though, you will need to be able to make it through many, many battles without the chance to save or return to town (unless you have an escape item). If you die in there, all of the experience you’ve gained is lost (and so is your time). As long as you save before you go in, it’s not a devastating loss, but as your goal is to level up a weapon by going through there, you won’t want to repeat the time-consuming process more than you have to.

If one of your characters dies in the item world they can still be revived when you return to town, but you won’t be able to use them in battle, so having a few extras is always a good idea. It’s also a good idea to wait till you have both the time and the leveled up characters to actually have a shot at completing to even enter the item world. Still, this is a really cool feature of the Disgaea games, adding both depth to the gameplay and the opportunity to grind both your characters and your equipment at the same time. 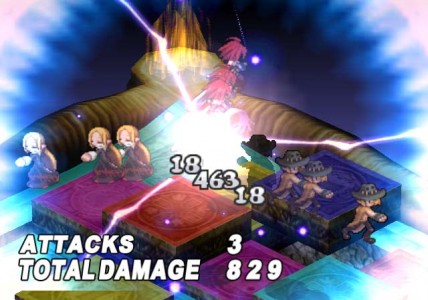 Bottom line is, Cursed Memories is a really great game, like all of the Disgaea games, to be honest. If you’ve played the more recent Disgaea games, this is a great opportunity to go back and play more of a favorite at a bargain price. I was a bit concerned that the PS2 graphics wouldn’t show up that well on a modern system, but everything looks really good, so no complaints there at all. If you haven’t played any Disgaea games before, it’s a really cheap way to get started on the series, even if a bit daunting with so much to learn. Cursed Memories follows the formula of the other games quite closely, so while there isn’t a lot in the way of unique gameplay, there is a ton of what you know and love about Disgaea – quirky JRPG characters, grinding to your heart’s content, literally hundreds of hours of gameplay available to you, and of course – prinnies!