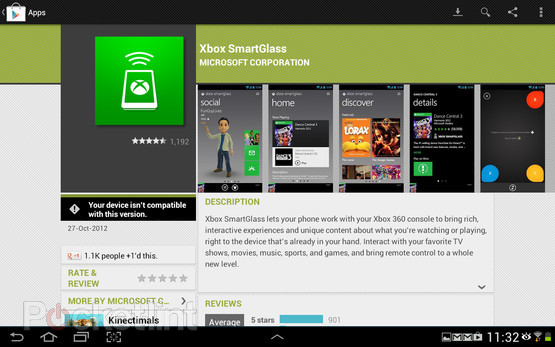 Android users (especially Nexus 7 users) rejoice! For your Xbox and 7″ tablets can now be friends!

Today, it was announced through various sources, including Major Nelson’s own blog, that the high touted Xbox SmartGlass experience has now been optimized for 7″ Android Tablets.  Word is the application is still not functional on devices bigger than 7″ (sorry Nexus 10 owners…), but it’s progress, considering at launch, SmartGlass was only operable on a small, select few Android devices.

SmartGlass is the application that lets you use your tablet as a 2nd screen for your Xbox 360, much in the way the WiiU functions.  Stay tuned here for a full report on its functionality, now that the bloody thing works on the Nexus 7!

The kid said, "Get ready cause this ain't funny My name's Mike D. and I'm about to get money." Pulled out the jammy aimed it at the sky He yelled, "Stick 'em up!" and let two fly Hands went up and people hit the floor He wasted two kids that ran for the door "I'm Mike D. and I get respect Your cash and your jewelry is what I expect"
Previous Clan of Champions (PC ) Review
Next Marvel Pinball: Civil War (360) Review