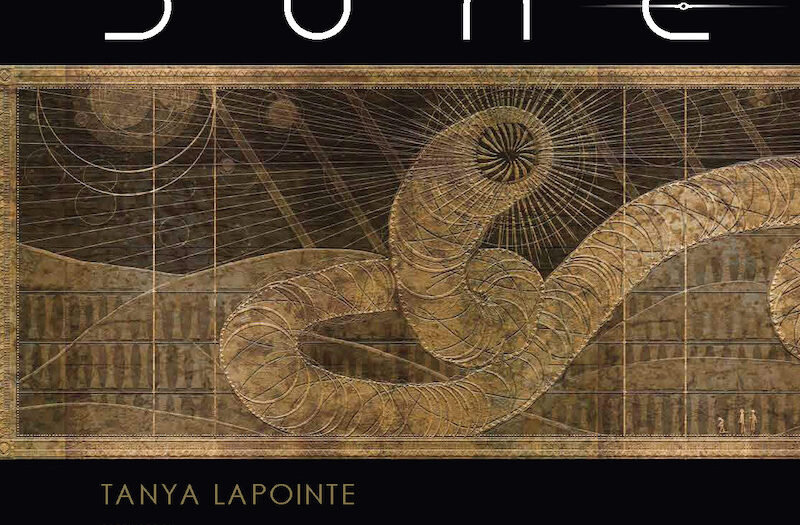 Home / Books / The Art and Soul of Dune releases this week

Ramping up into the US launch of the latest Dune film, a very interesting companion book is just about ready for launch. Check out the details.

Dune has been a long-time coming. The film from director Denis Villenueve is the first big-screen foray for the property since the ill-received 1980s edition from David Lynch. The differences seem like night and day, with Villenueve’s looking much grittier, and obviously with far superior special effects.

While it’s been out internationally since September 19th, Dune finally opens in the US on October 22nd. But the movie is not all that comes out that day, bearing the Dune name. That’s because Insight Editions has The Art and Soul of Dune coming up as well.

The Art and Soul of Dune is a companion book of sorts, one that digs int the behind-the-scenes of what went into the movie. Oh, and it has a soundtrack. And it’s from Hans Zimmer.

Just check out the trailer below (yes, it has a trailer too).

Written by Dune executive producer Tanya Lapointe, this visually dazzling exploration of the filmmaking process gives unparalleled insight into the project’s genesis—from its striking environmental and creature designs to its intricate costume concepts and landmark digital effects. The Art and Soul of Dune also features exclusive interviews with key members of the cast and crew, including Denis Villeneuve, Timothée Chalamet, Rebecca Ferguson, Oscar Isaac, and many more, delivering a uniquely candid account of the hugely ambitious international shoot.

In addition to the base edition, there’s also a Limited Edition of the book coming. Landing day and date with the standard, the LE will boast a number of additional features.

Unlike the standard, the Limited Edition is available exclusively via Insight Editions. You can find it here, in the company’s online shop.

Tags Dune The Art an Soul of Dune

Jason's been knee deep in videogames since he was but a lad. Cutting his teeth on the pixely glory that was the Atari 2600, he's been hack'n'slashing and shoot'em'uping ever since. Mainly an FPS and action guy, Jason enjoys the occasional well crafted title from every genre.
@jason_tas
Previous Mezco’s take on classic film monsters is coming, with all the terrifying trimmings
Next Trailer: Puzzle platformer Tandem uses light and shadow to tell a creepy Victorian tale