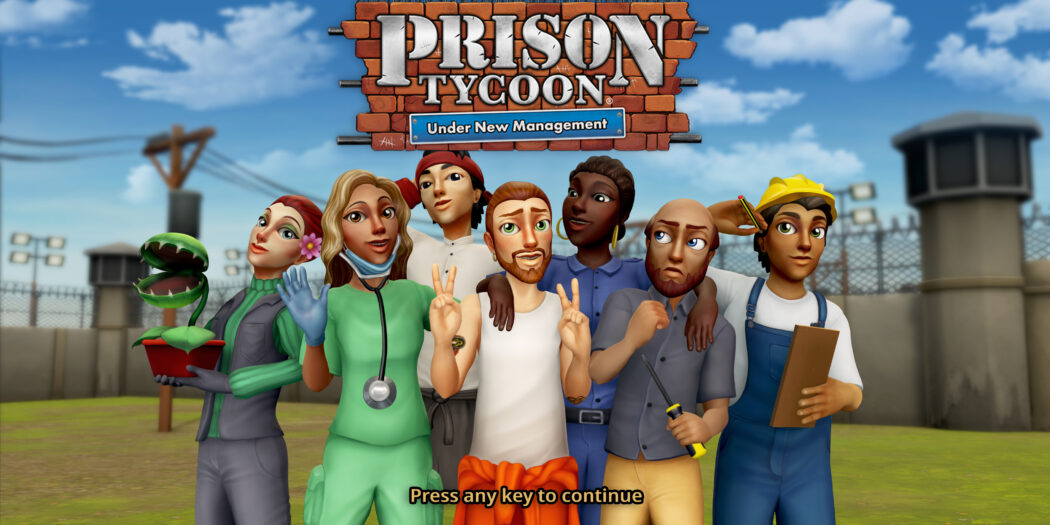 There used to be a time when you could not escape the tycoon game genre.

Avid PC gamers will remember gems of the past like Rollercoaster Tycoon and Zoo Tycoon but they weren’t the only ones. Many of which you probably didn’t know existed. Mall Tycoon, Coffee Tycoon (holy crap what?! -ed), Tabloid Tycoon, and those don’t even begin to scratch the surface. Prison Tycoon, first released in 2005, was one of those games.

16 years later, Prison Tycoon: Under New Management, promises to reboot the series with brand new visuals and new locales. Players will be able to build their fortress of recidivism in brand new environments like jungles, swamps, and tundras. Because prison wasn’t bad enough in the first place, now you can introduce humid and freezing temperatures to make the virtual inhabitants really think about their virtual crimes. Stating in a press release, the developer of the game Ziggurat Interactive, had this to say;

Players will need to maintain a balance of services and security as they strive to run and grow their facility! Players will need to secure funding from state agencies, manage the flow of resources and keep staff and prisoners happy while providing proper care for their charges. Whether they are constructing a new cell block or a VR therapy room, players must maximize their investments to grow their prison efficiently.

While one can only hope for the best, The Prison Tycoon series has a troubled history. The first title was gifted a 1 out 5 from X-play and the fourth a 2.5 out of 10 from IGN. It’s only a matter of time till we see if the lessons of the past have sunk in. Prison Tycoon: Under New Management, hits early access for PC on Steam July 1st.

I was raised by Television and some people think that was a pretty big mistake. My favorite games include the Mass Effect Series, KOTOR, Prey (2017), and Control.
Previous Hot Toys debuts new Mandalorian & Grogu figure set
Next Trailer: Orbital Bullet gets all-new content in Fresh Meat update