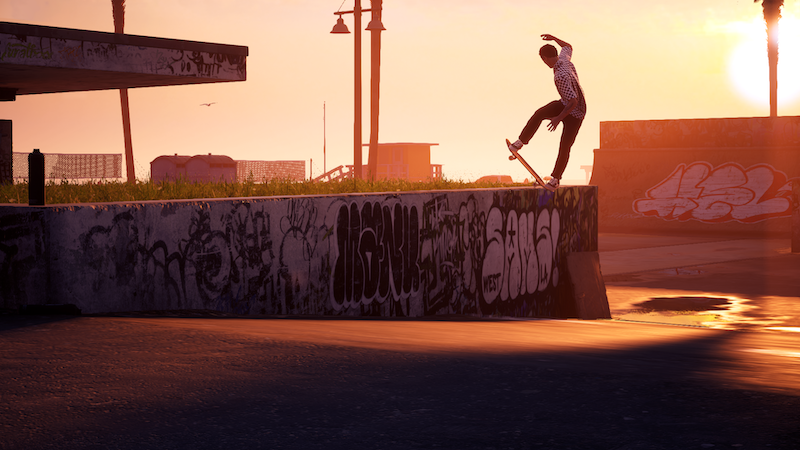 Get ready to pull off some portable tricks, Activision’s Tony Hawk’s Pro Skater 1+2 is ready to jam on the Nintendo Switch as of today.

If you have yet to play Tony Hawk’s Pro Skater 1+2, then you have been missing out. The set of games, released for most platforms late last summer, included the original two games in the THPS series, but redone for modern consoles.

More than just anew coat of paint, the remade titles were effectively reforged from the ground up, and shockingly good looking. Add to that the killer soundtrack, and new skaters, and you have one kick-butt bundle deal. Apparently, more than a few fans though so too, since the pack sold more than a million copies in record time (for a THPS).

At the time however, it did not see release for Nintendo’s Switch. That though, is something that’s been seen to as of right now. Today marks the launch of THPS1+2 on Switch, the first game in the series to arrive on Nintendo’s console.

Other than some loss of visual fidelity, it seems like it’s loaded up with everything that made the title a hit already.

Tony Hawk’s Pro Skater 1+2 is out right now on the Nintendo Switch, and has arrived with two editions. The standard version is priced in at $39.99 USD, and there’s also a Deluxe Deluxe Edition for $49.99 USD.

Jason's been knee deep in videogames since he was but a lad. Cutting his teeth on the pixely glory that was the Atari 2600, he's been hack'n'slashing and shoot'em'uping ever since. Mainly an FPS and action guy, Jason enjoys the occasional well crafted title from every genre.
@jason_tas
Previous Farming Simulator 22 Cinematic Trailer – Sow Your Wild Oats This November
Next Trailer: The heroic duo hit virtual reality with Sam & Max: This Time it’s Virtual